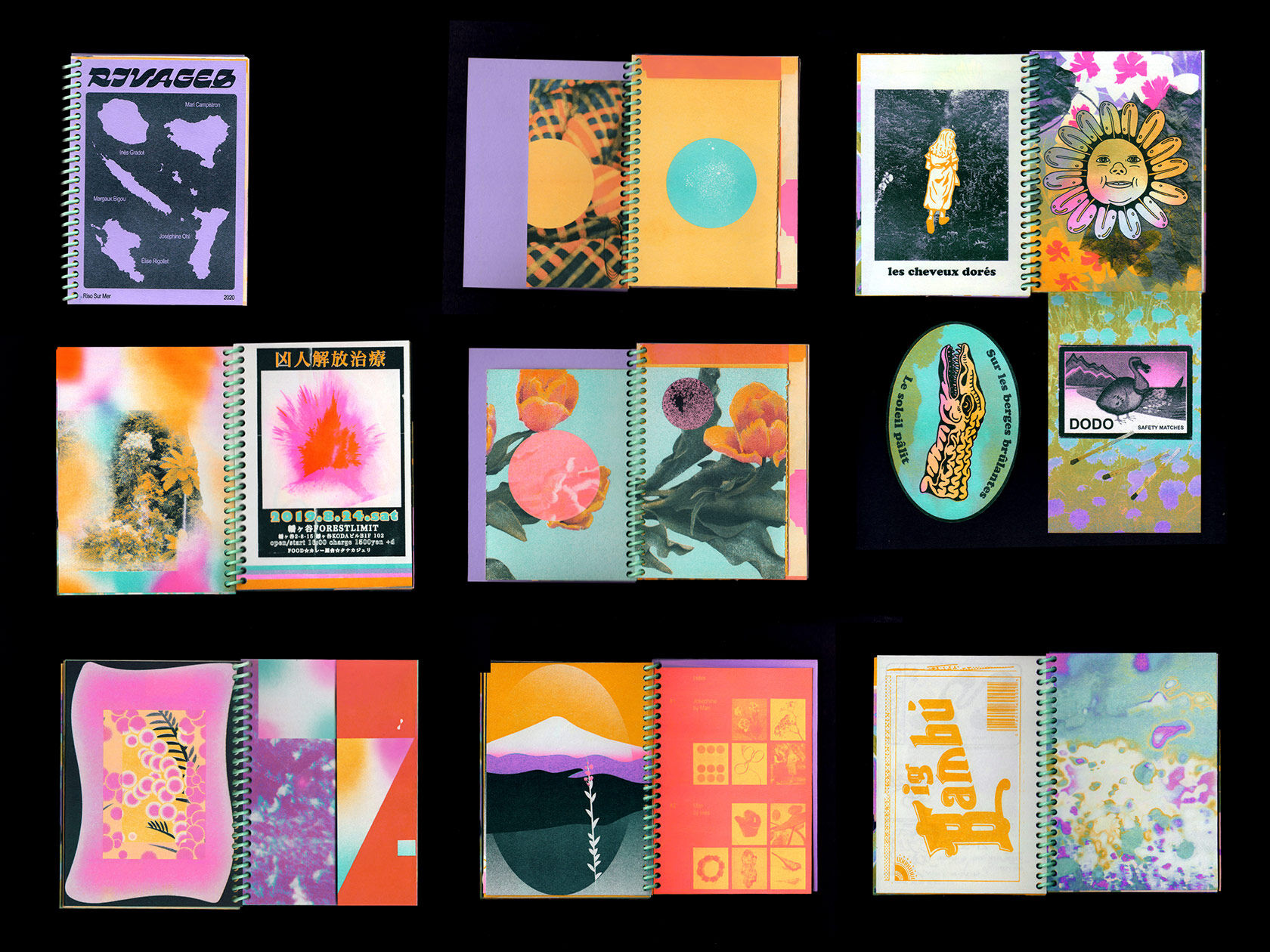 Based between Paris and Glasgow, Riso Sur Mer is a collaborative collective centering on illustration and risograph printing, consisting of Margaux Bigou, Mari Campistron, Inès Gradot, Joséphine Ohl and Élise Rigollet. The formation of the collective happened quite organically, as they wanted to create a platform to collaborate on personal projects and printed matter together. “The thought of joining forces first popped up when applying for a zine festival in Glasgow”, the five designers tell C24. Luckily, this opportunity laid the foundation for Riso Sur Mer, turning it into a long-term project. With each member developing their personal visual language over the years, the collective is truly unique in its blending of different styles. The use of risograph adds a playful and spontaneous dimension to their limited editions and prints, connecting these different styles through a limited set of inks and the same grainy texture. 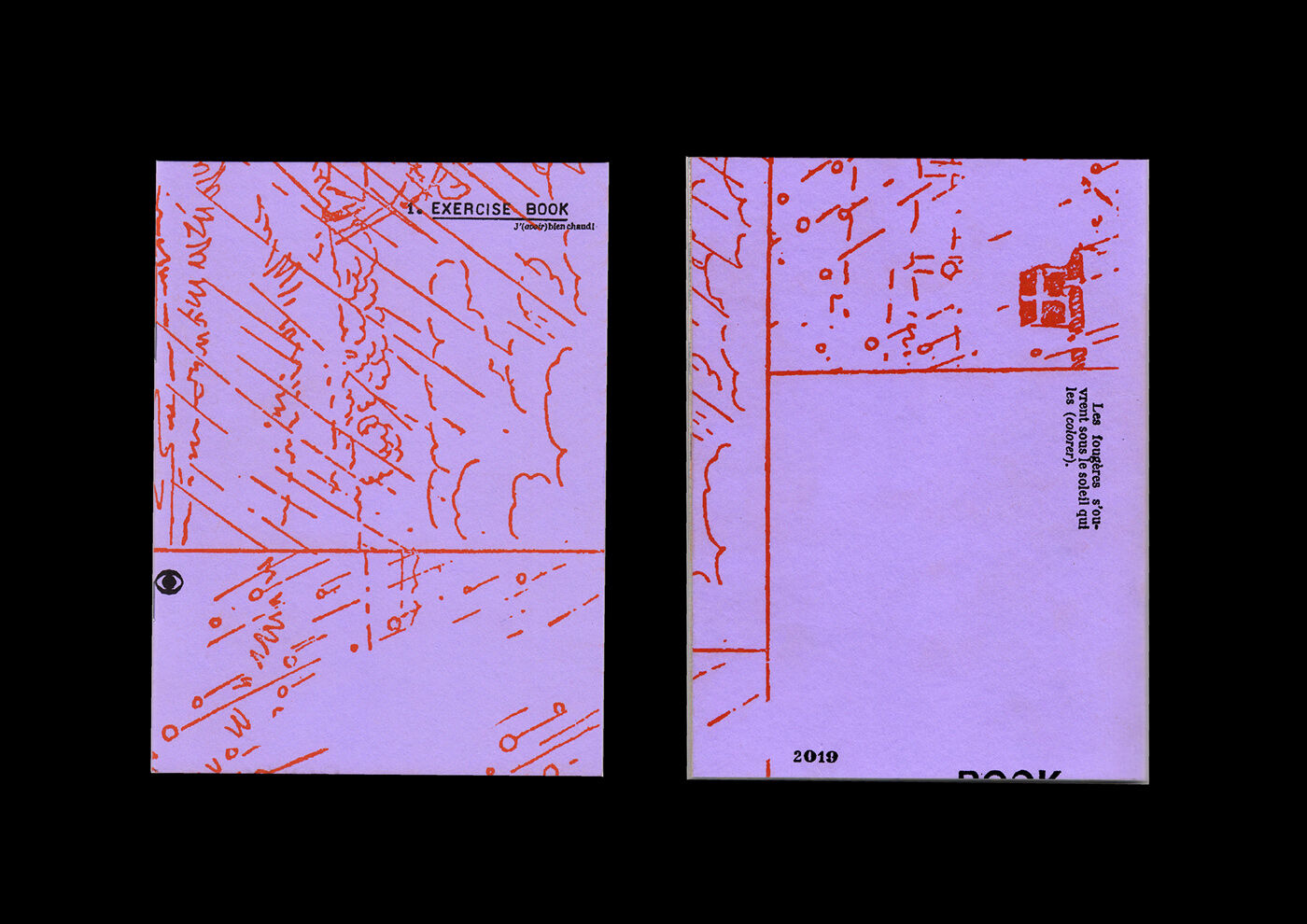 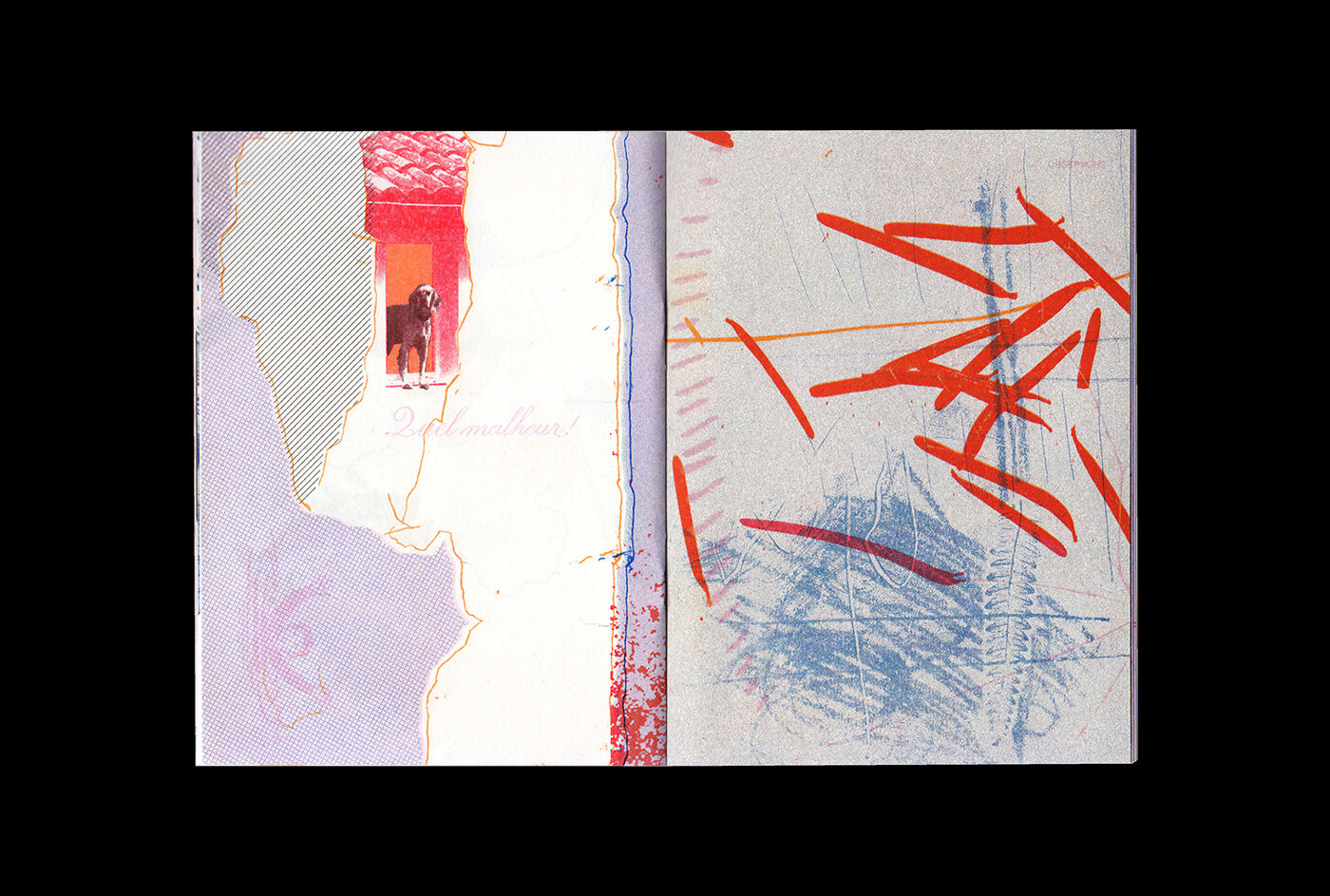 All members of the collective come from a very different educational background. While Élise and Joséphine studied graphic design, Margaux earned her degree in Animation at EnsAD in Paris and Inès and Mari graduated from Glasgow School of Art with a particular focus on illustration. “Our personal and professional work is a crossing between all of these different disciplines”, they state, “Each one of us has a very distinguished visual language, yet we have many common interests and references, which flow into our publications.” By channeling their diverse interests into their collaborative projects, the collective is constantly pushing the boundaries of risograph printing, while immersing themselves in experimentation. 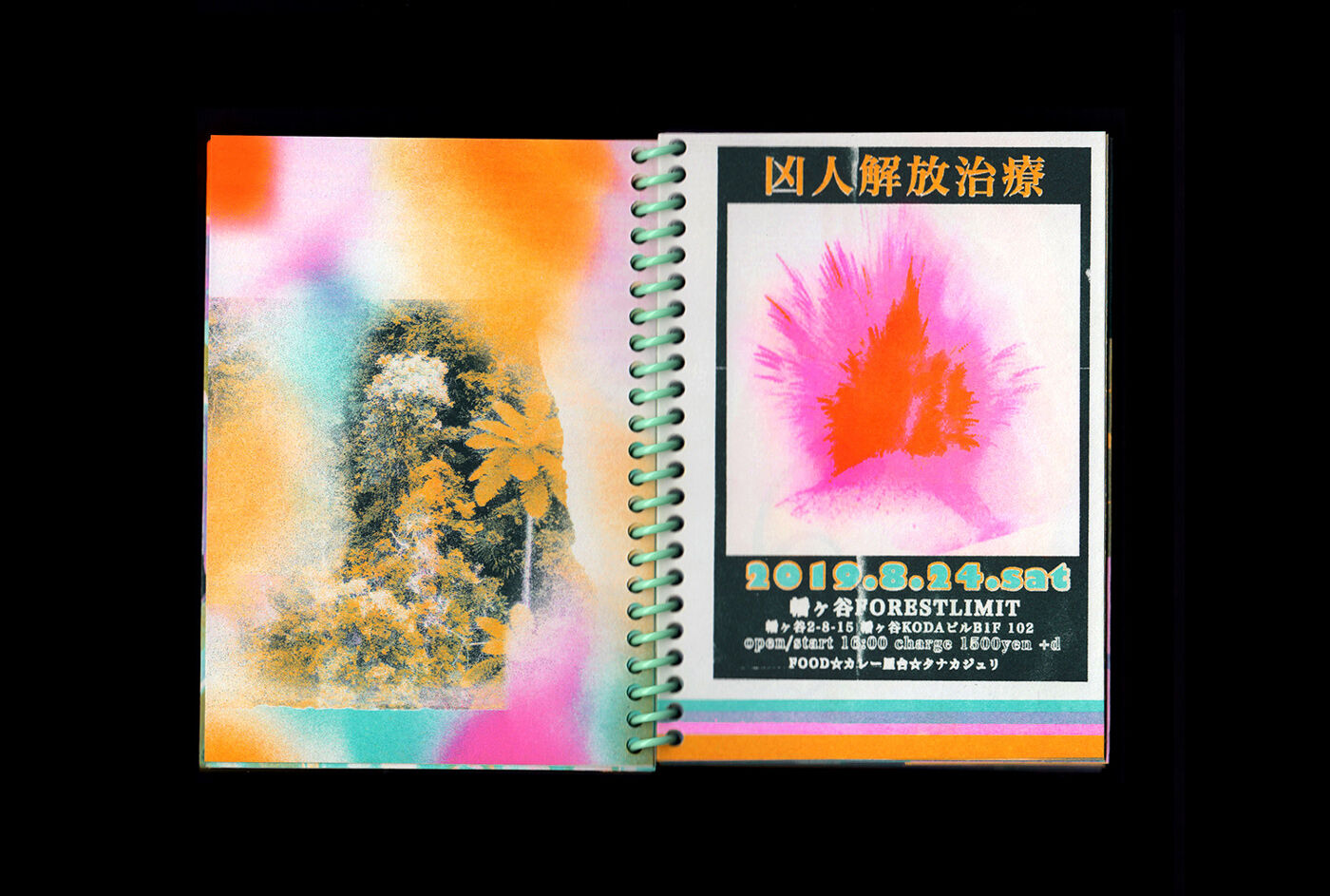 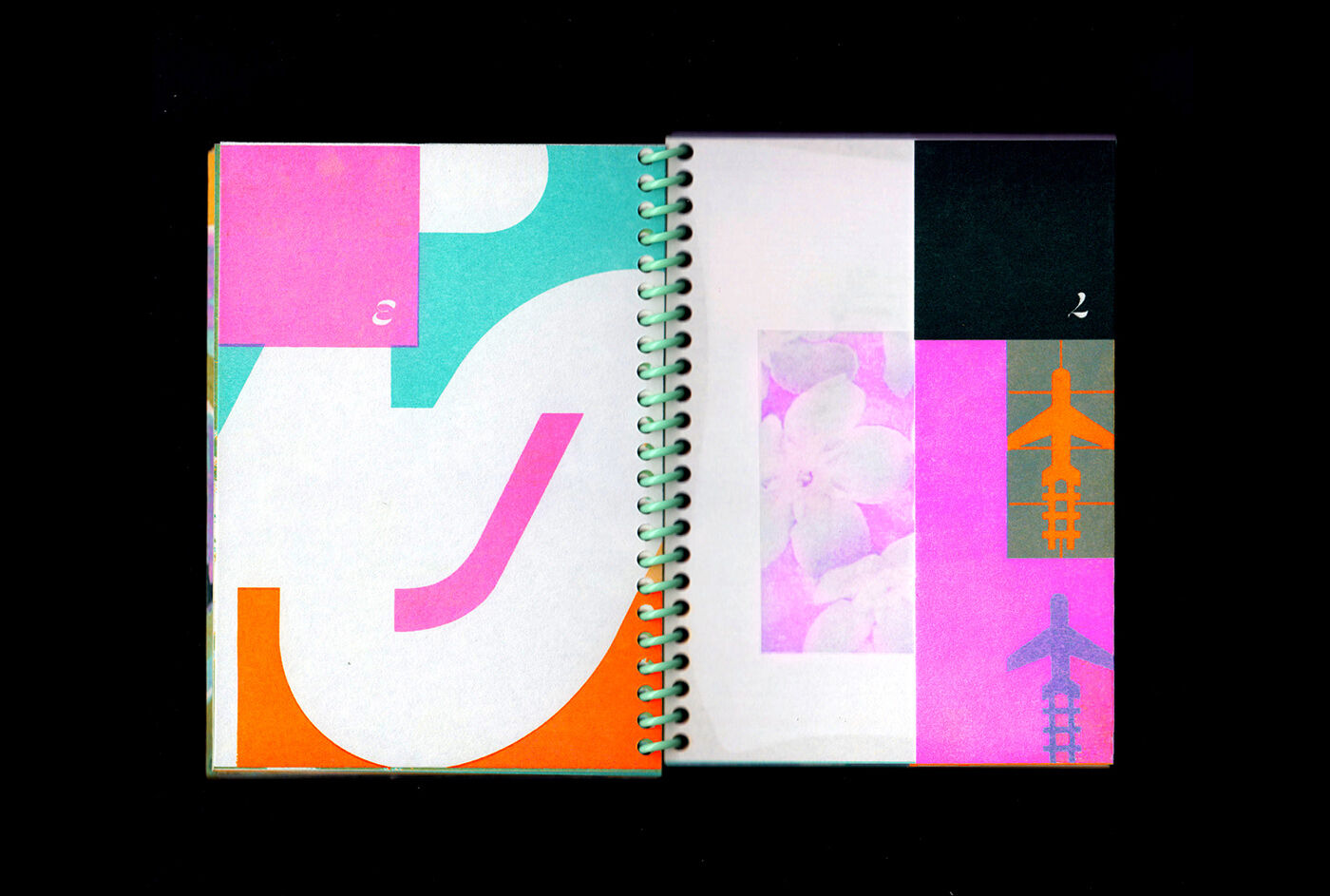 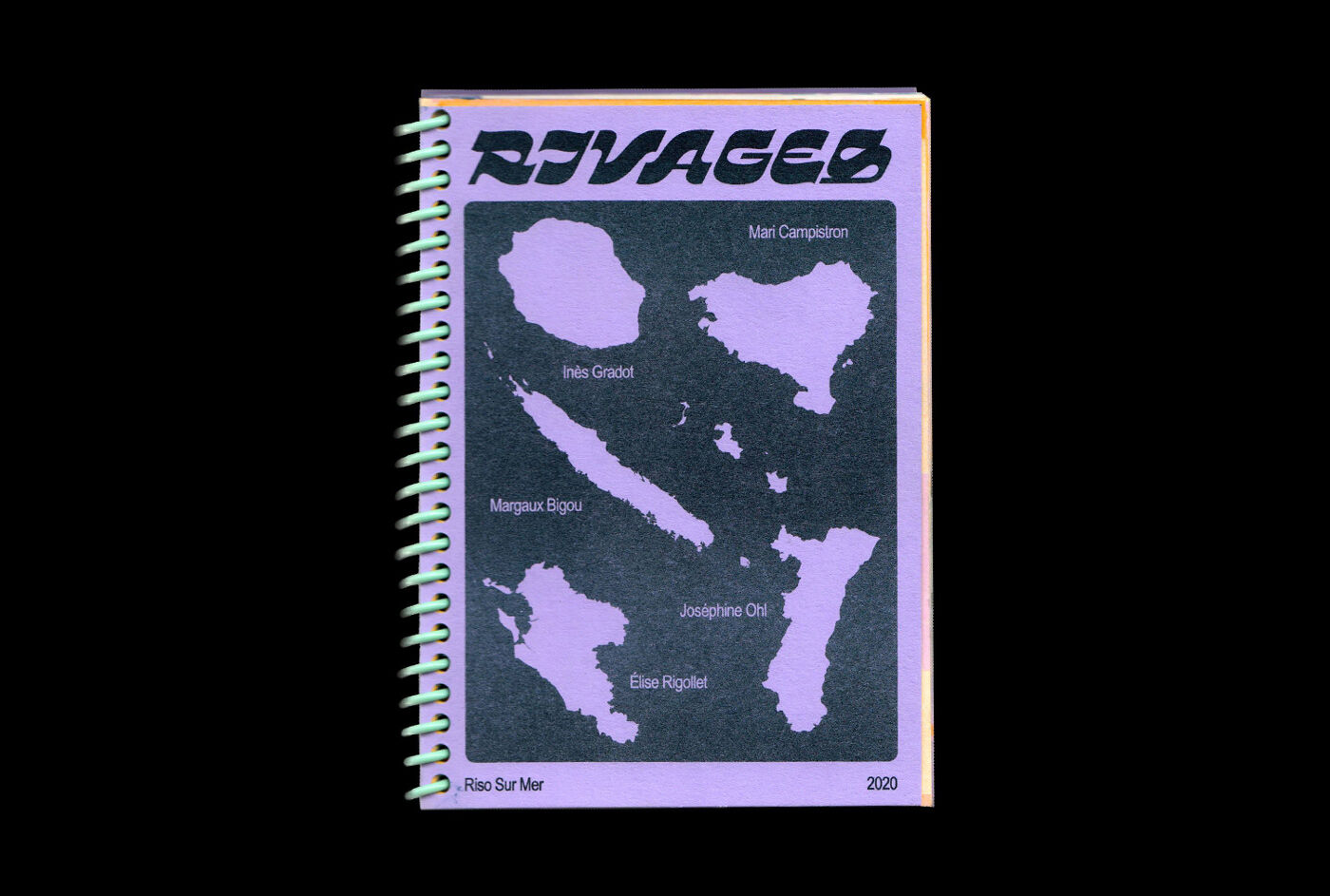 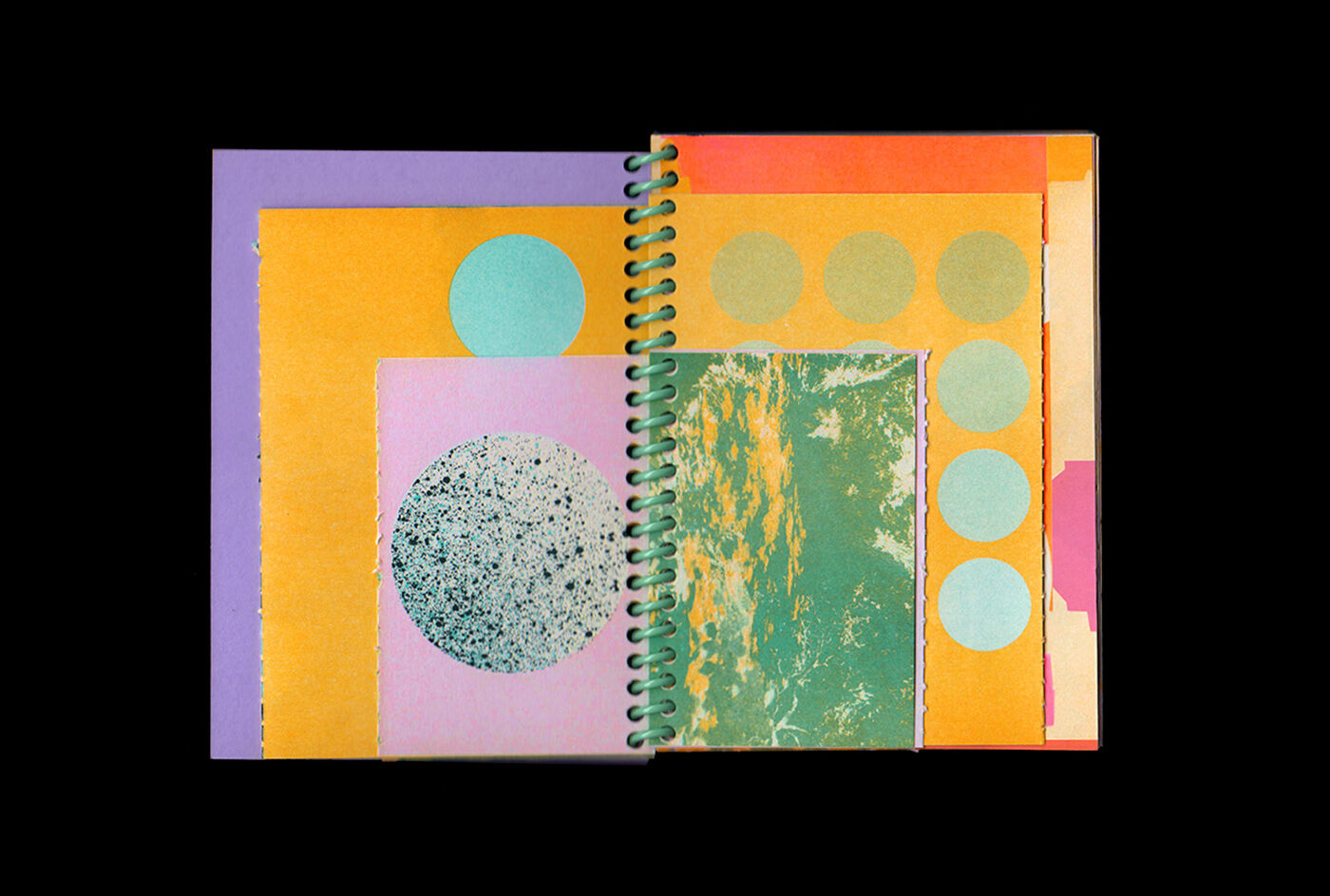 Though they live in different places across the ocean, the group of like-minded friends is connected by their shared fascination for risograph printing, known for its silkscreen-like texture and vibrant spot color inks. “Riso sur Mer has been possible thanks to the digital world we live in. We are not all based in the same place and therefore the communication mainly occurs online”, they tell us. Pairing skills with the courage to experiment, the five individuals each offer something different to their initiative, Riso Sur Mer. “We’re not all necessarily involved in every collaboration, depending on our personal desires and availabilities”, they explain.

So far, the collective has published three publications, Mirage, Meridians and Rivages, as well as a series of zines, the so called Exercise Books, in collaboration with Musho Fernández. “Collaboration broadens our horizons. We can think beyond our individual expectations which is very exciting”, they add on the matter, “It allows us to be more ambitious, take risks, and we found that this process is a great way to step away from client work and get inspired.” 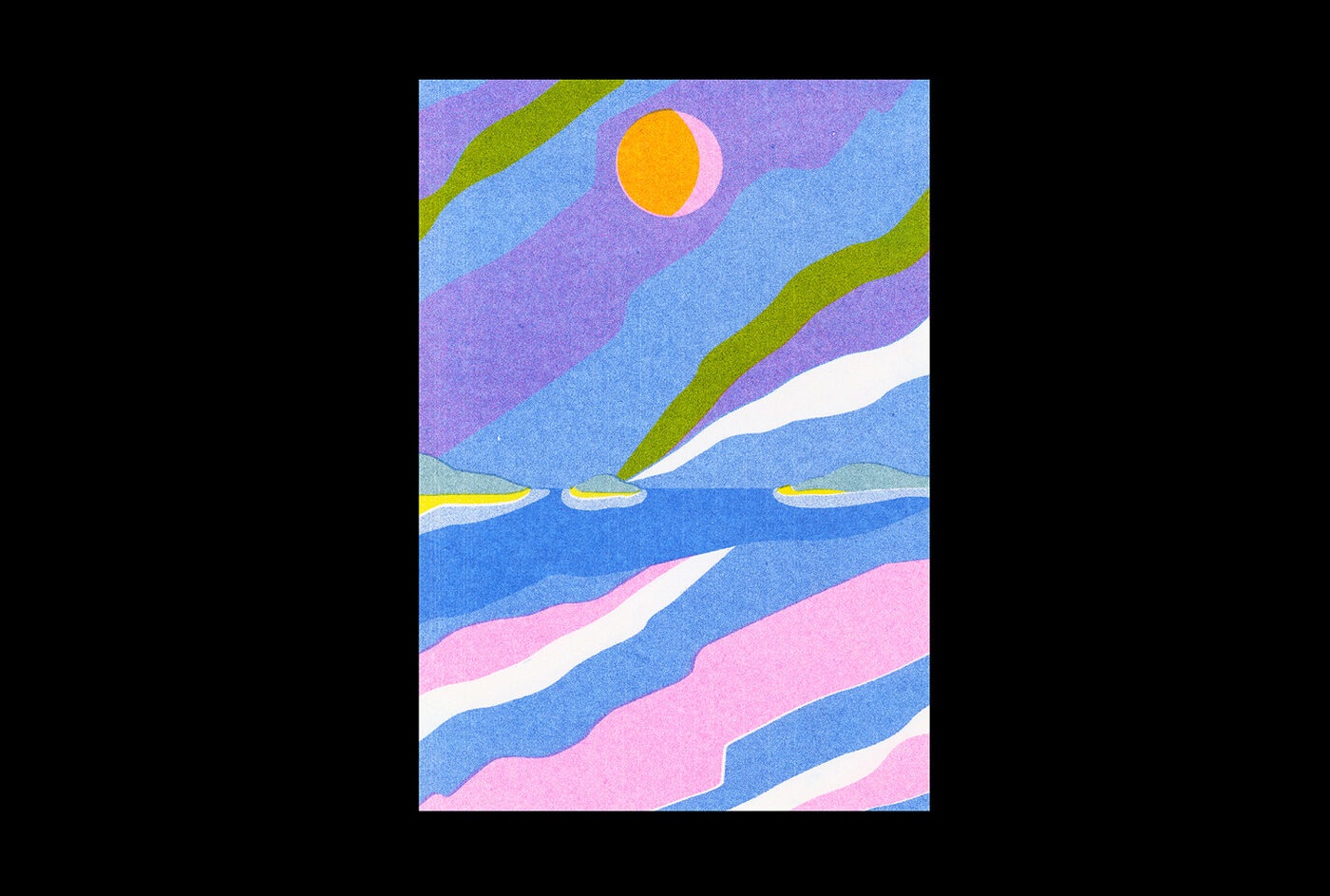 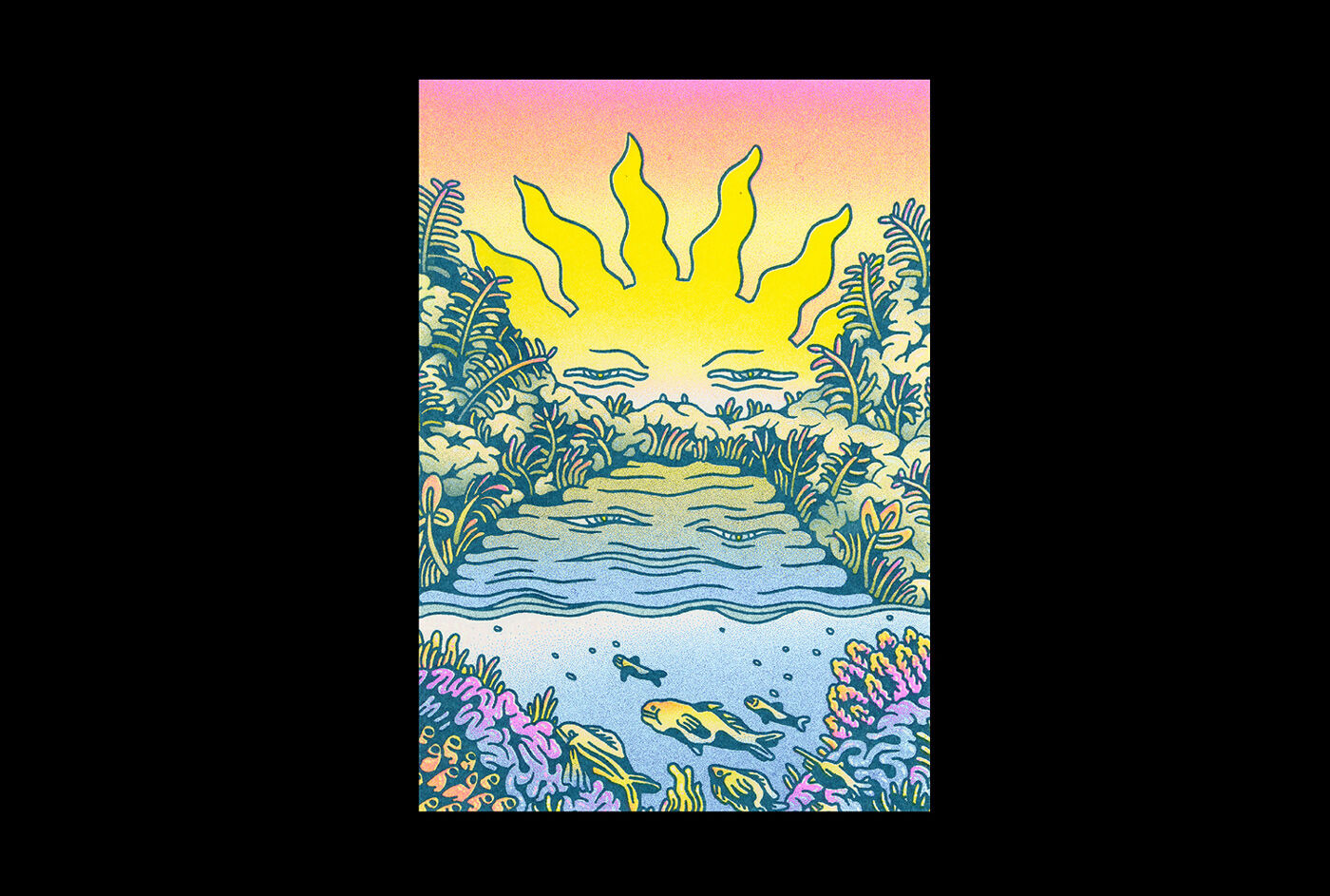 Among the different zines, Rivages hold a special place in their hearts, as it looks at Riso Sur Mer through a very personal and intimate lens. Its title, meaning shore or coastline in French, is  reference to their long-distance friendship and collaboration. “Names were drawn randomly. Each member was inspired by another and had to introduce and represent them in a subjective way”, they explain. Personal content of one member was sent to the next in the chain using it as a source of inspiration for their work. The result is an eclectic mix of sand and leaves from Réunion  Island, party flyers from Tokyo, as well as old family photographs. “As we generally give ourselves a lot of freedom in the visuals we create, we usually set some constraints of dimensions, colors and binding beforehand. In this project each of us was free to imagine a concept, and create images based on the visuals and objects they were given.”

At the end, the collective gives us some insight into their upcoming project which will be released once festivals are allowed to take place again. Probably brimming with the same joy and positivity  as their last projects, this publication will feature “a super fun binding”. What that means, is left to your wildest imagination.

COLLABORATIONS TO LOOK AT:
Lagon Revue