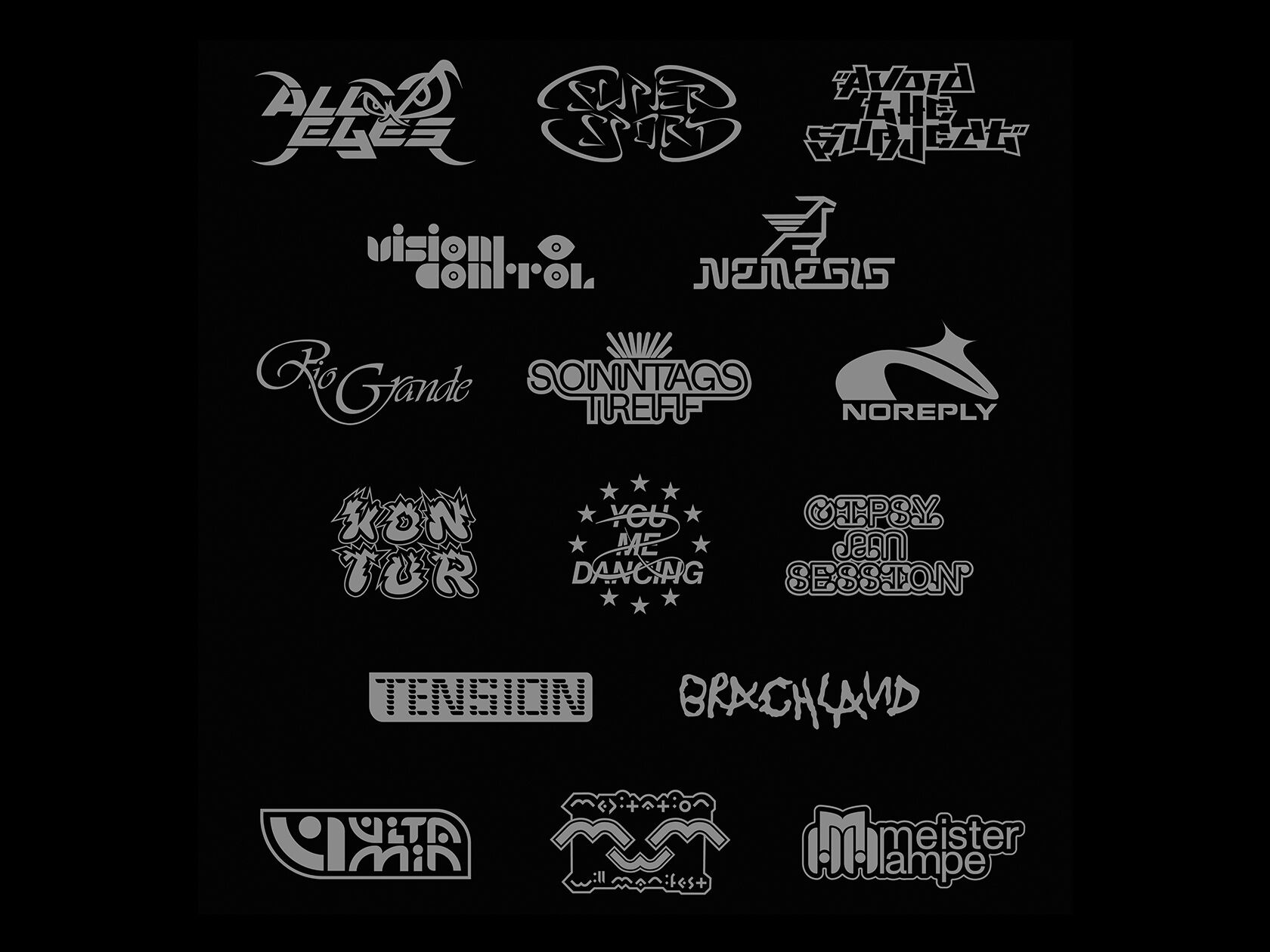 It was quite early in the pandemic, when it was becoming inevitably clear that this virus would change the nightlife and club scene, forcing them to close from around March to the present. Club culture everywhere has been hit hard. For every locked door and empty dancefloor, there are hundreds of people, missing the shiny, loud and liberating atmosphere. Among them are the two designers Philip Baz and Johannes – Yosh – Schreiner who collaborated on a shirt series to support one of their favorite clubs and cultural centers in Würzburg, MS Zufriedenheit. The series shows sixteen redesigned letterings of party series that took place at the club, adding an artistic value to the project. The sale of those shirts offered an opportunity for the community to show solidarity with the currently inactive club scene. While both designers have moved to Berlin in the meantime, with Baz currently studying Visual Communication and Yosh working for Live From Earth, MS Zufriedenheit remains a place full of infinite nights, ringing ears and unforgettable memories. 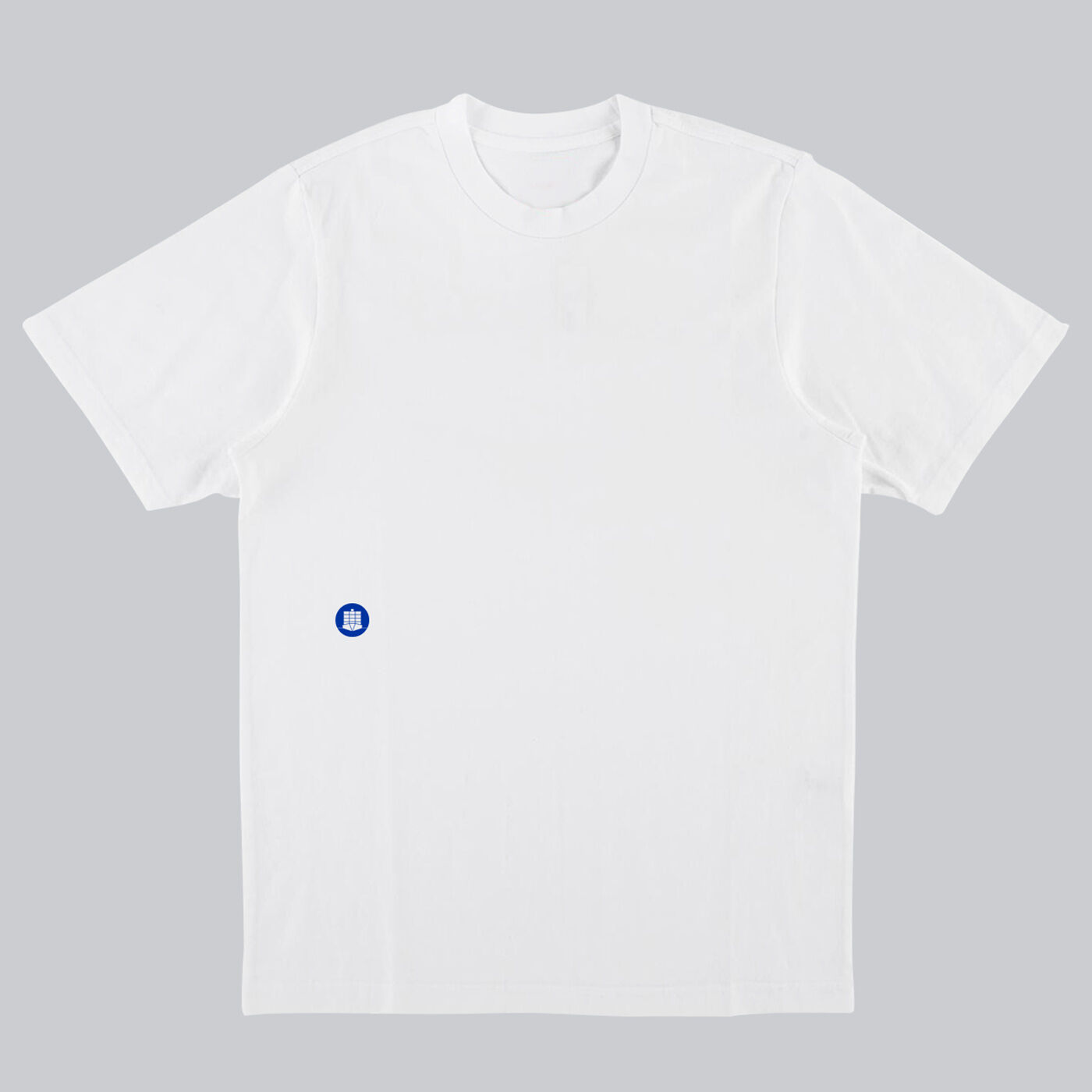 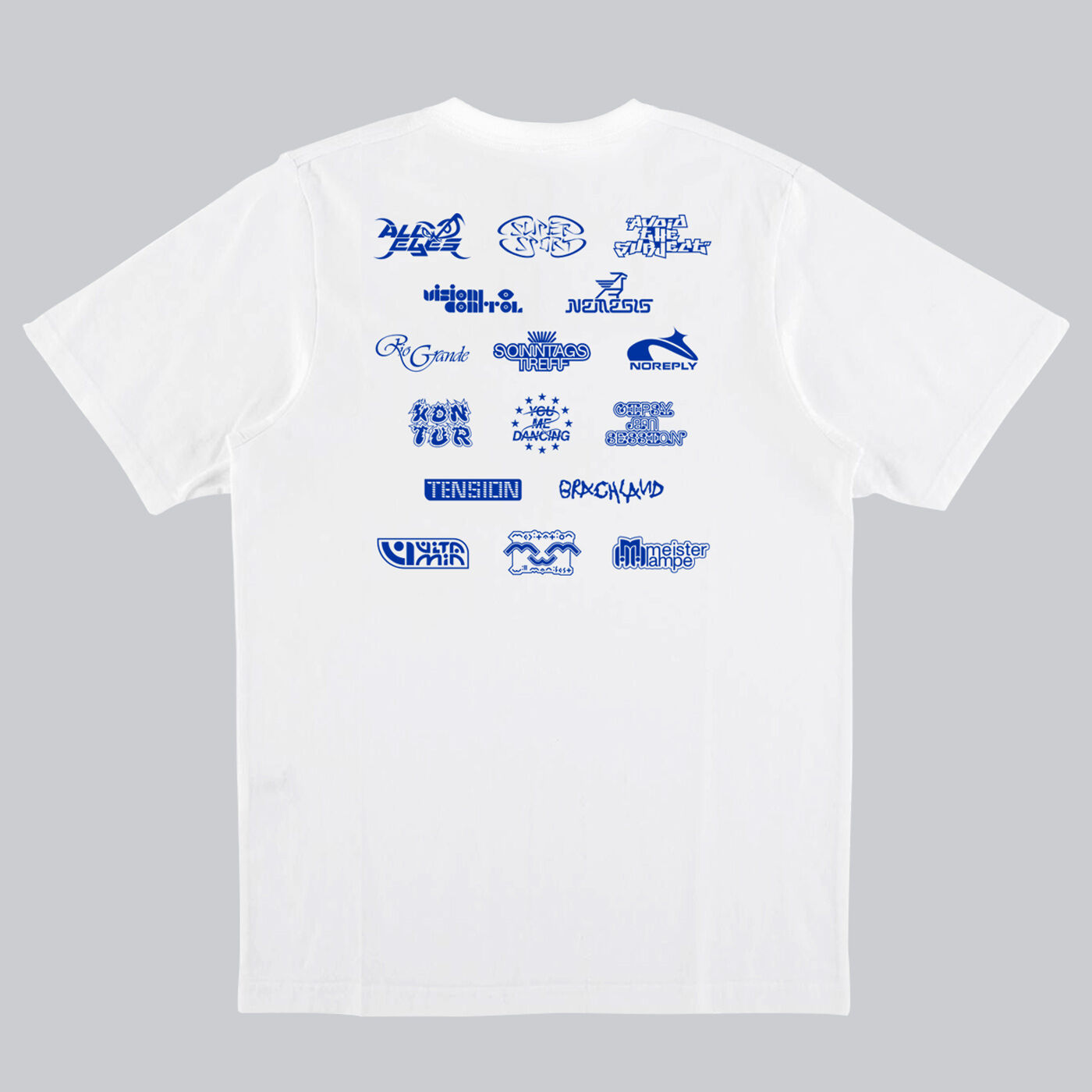 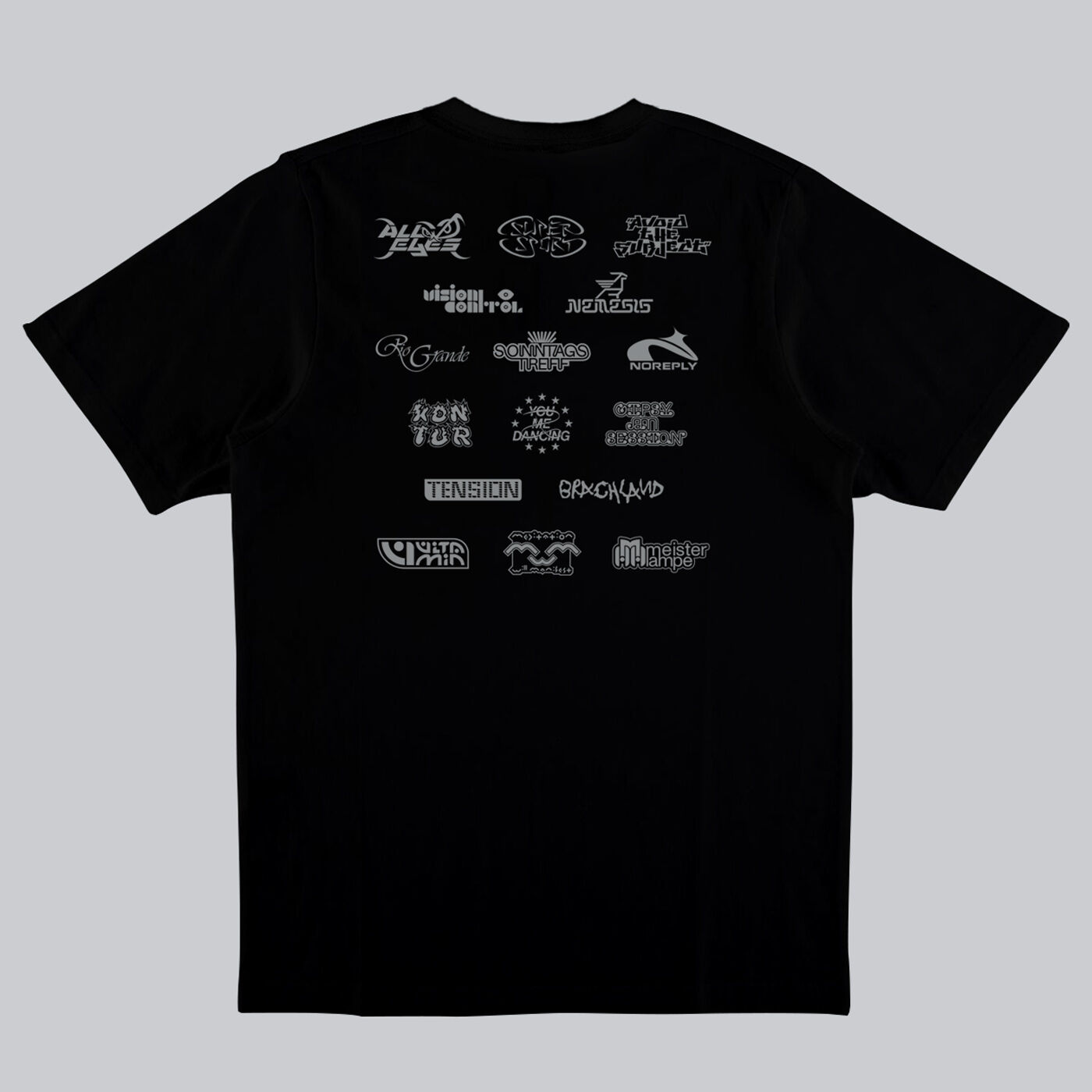 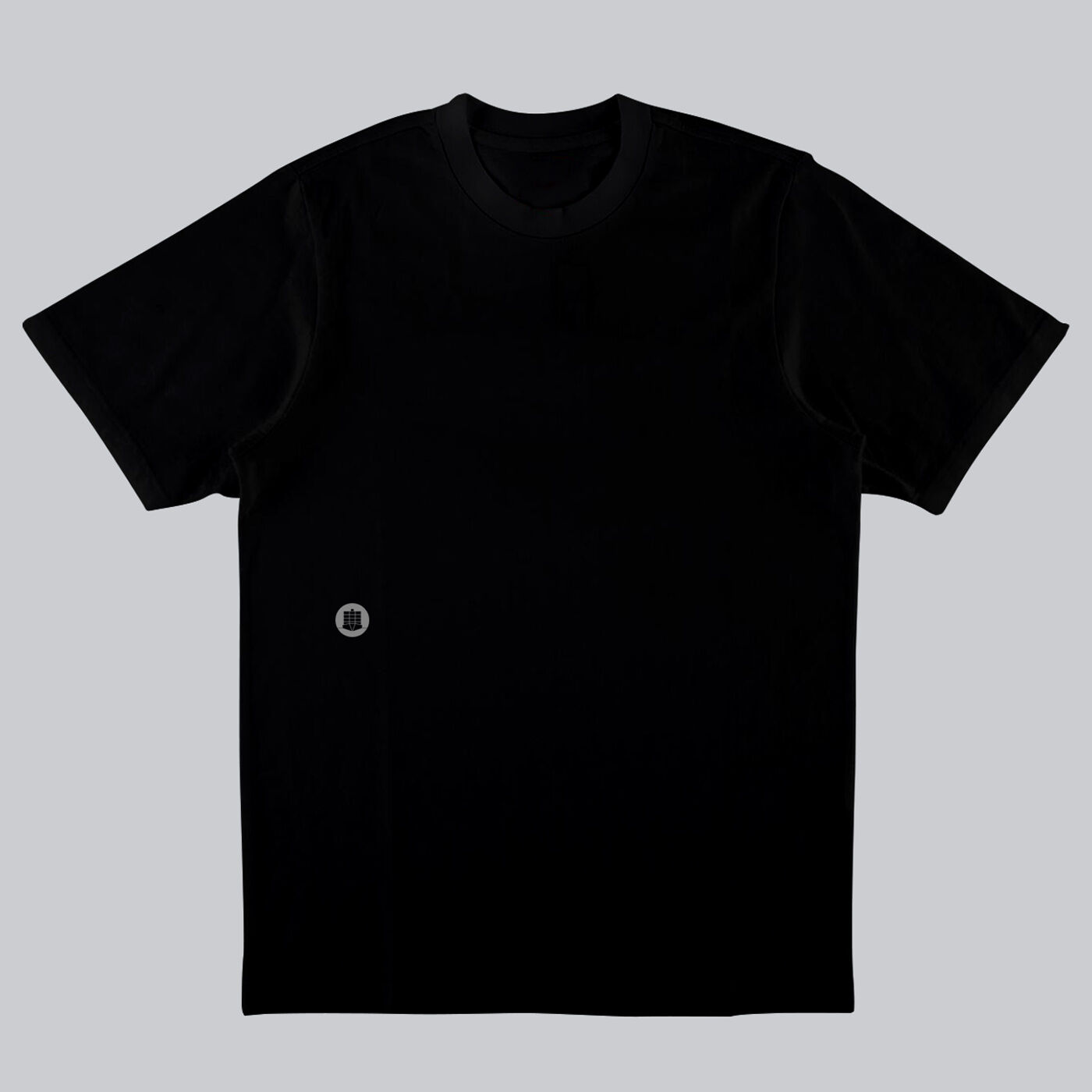 Do you remember the moment the two of you met?

Y: I was walking through some high grass and then the wild Baz suddenly appeared. He was wearing white pants with way too many clasps and a Lieve van Gorp tee. This happened around three years ago during our time in Würzburg at an anniversary get-together of our local skate shop. We are inseparable since then. Baz claims otherwise …

B: Our first encounter was at a garden party actually. To this day Yosh does not want to believe that we met there for the first time. When we first started hanging out I was actually in the process of leaving Würzburg whereas Yosh had just moved to Würzburg. That we still made an effort to stay in contact regardless really speaks for our friendship.

Together, you worked a collection of shirts which features sixteen redesigned letterings representing sixteen party series that took place at MS Zufriedenheit. What does the location, MS Zufriedenheit, mean to you personally?

Y: I’ve been DJing there since I was 18. Partying and playing there always feels like home. I’m very thankful for all the people I met there and for the opportunity to perform my biggest passion. I’m deeply rooted in the club scene there. This is the club, where my ears rang for the first time, where I played my first vinyl record and where we started our first party series.

B: MS Zufriedenheit feels like space where you’re always welcome. Together we created memories that we will never forget. 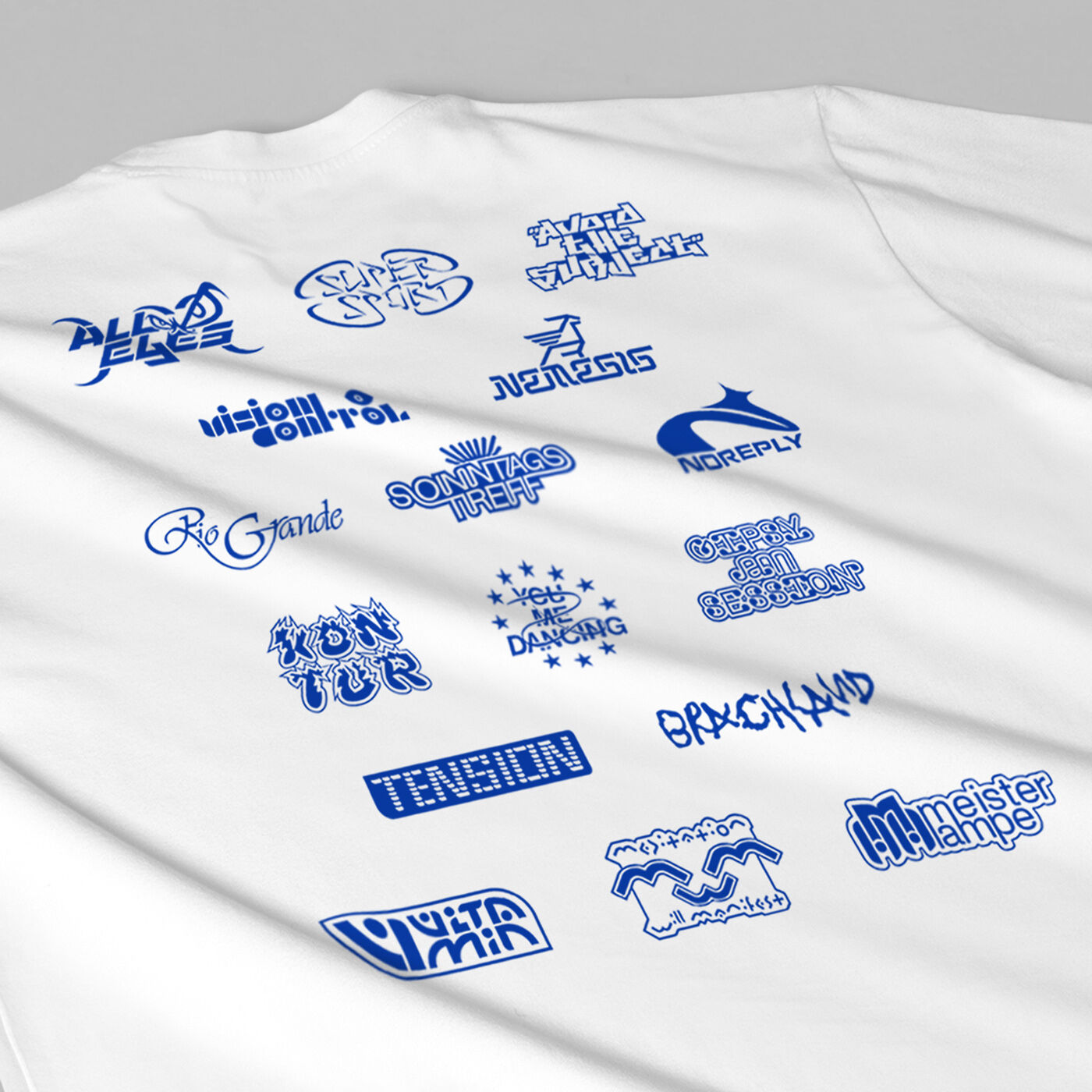 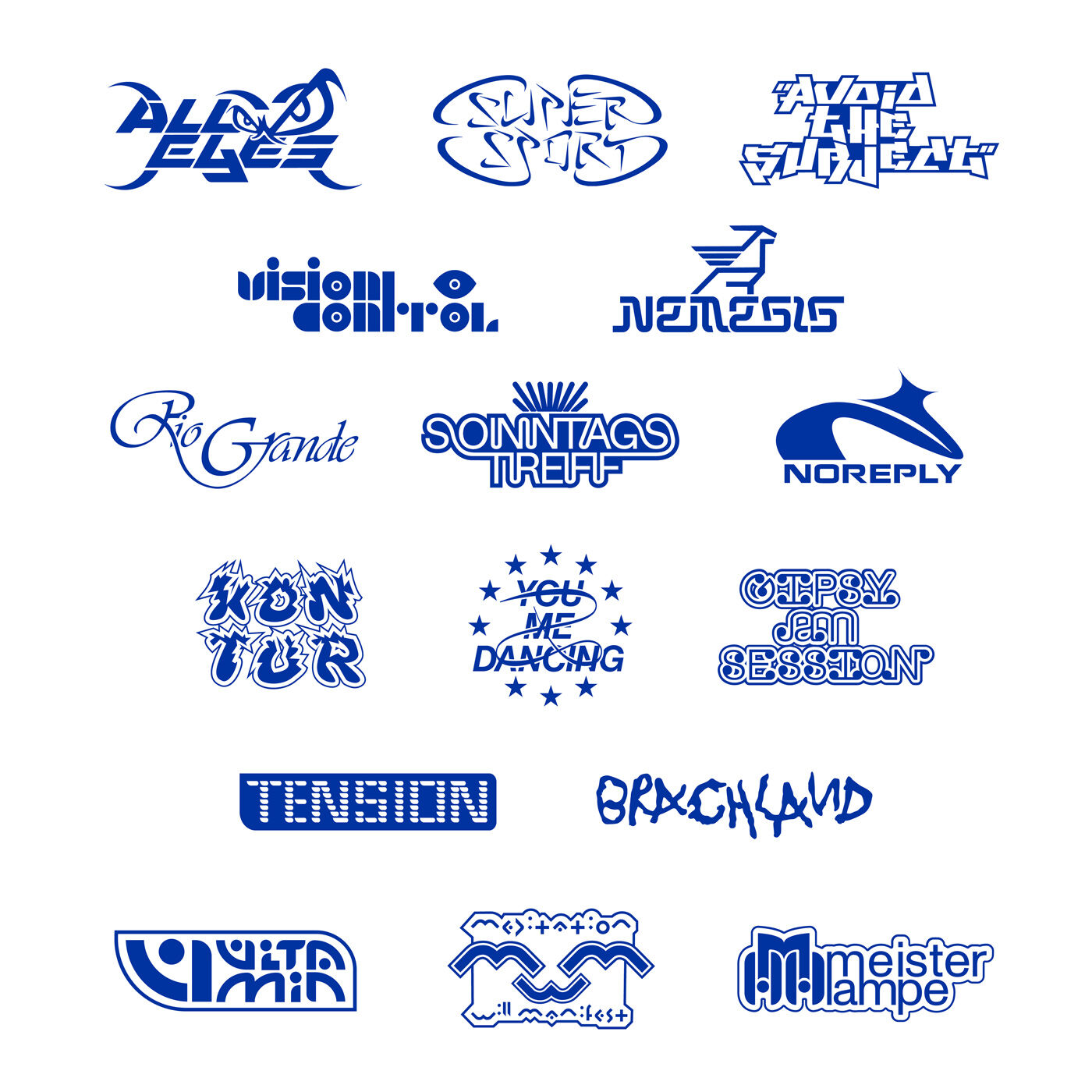 How do you understand the role of the designer in supporting local companies, artists, shops and so on during the current situation?

Both: It is worth remembering that it is a privilege to have the time and resources to support a solidarity project without being paid. For this reason, we are very grateful that we had the opportunity to lend a hand to this cultural center.

Can you guide us through your working process? 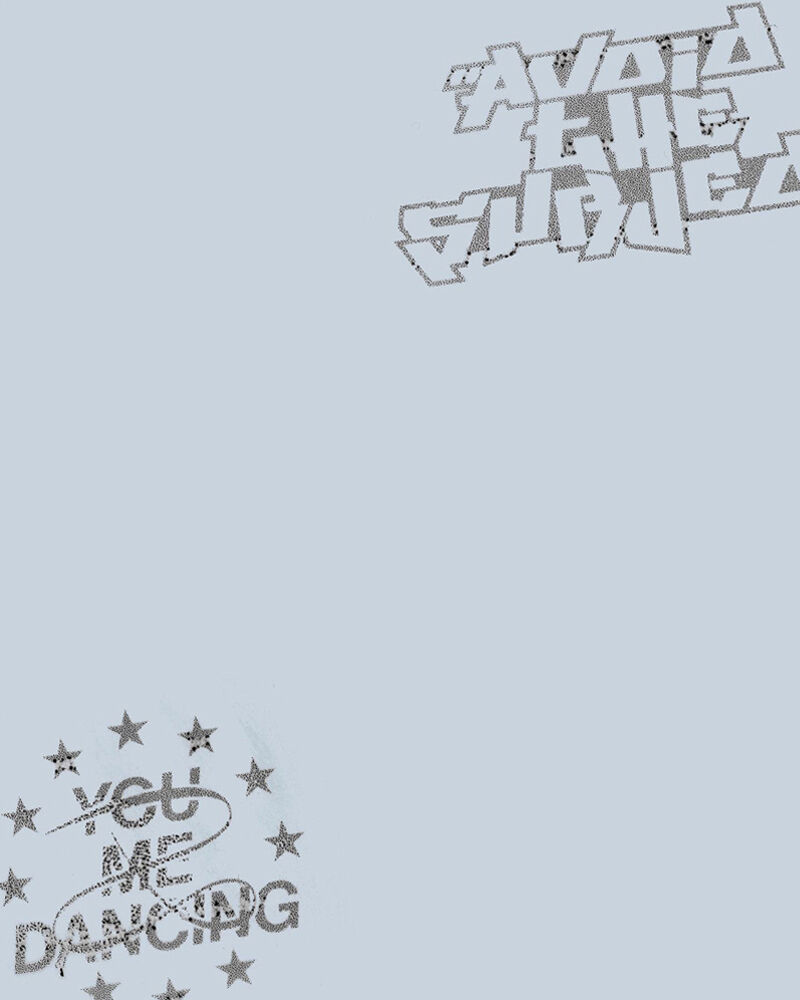 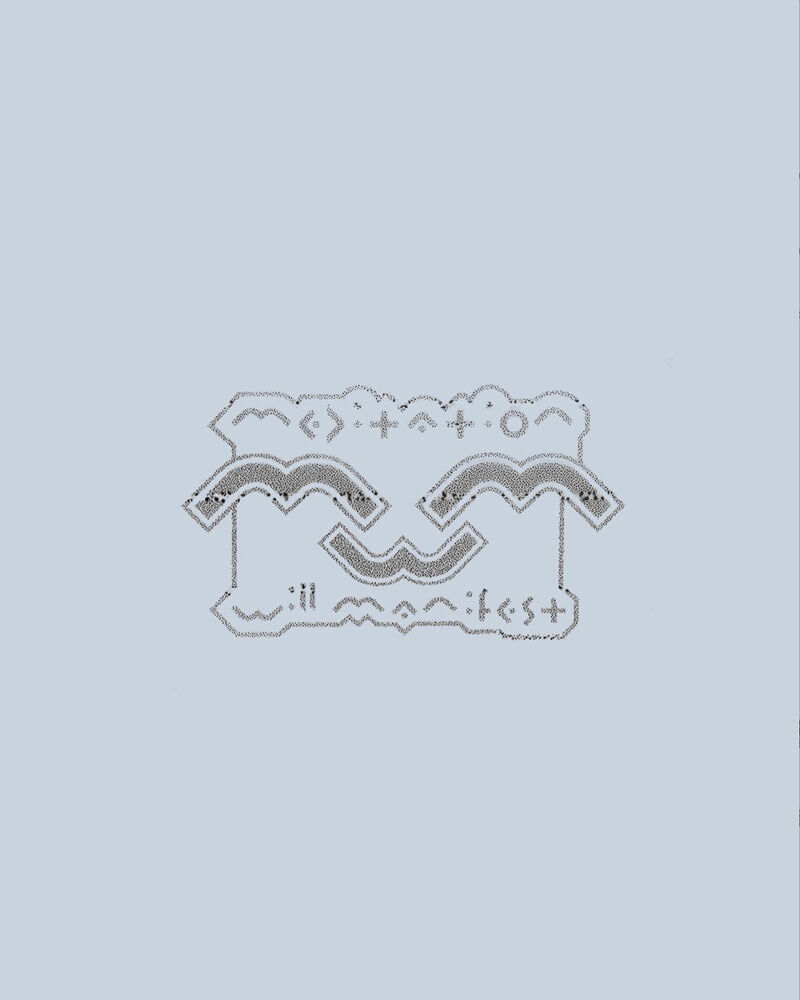 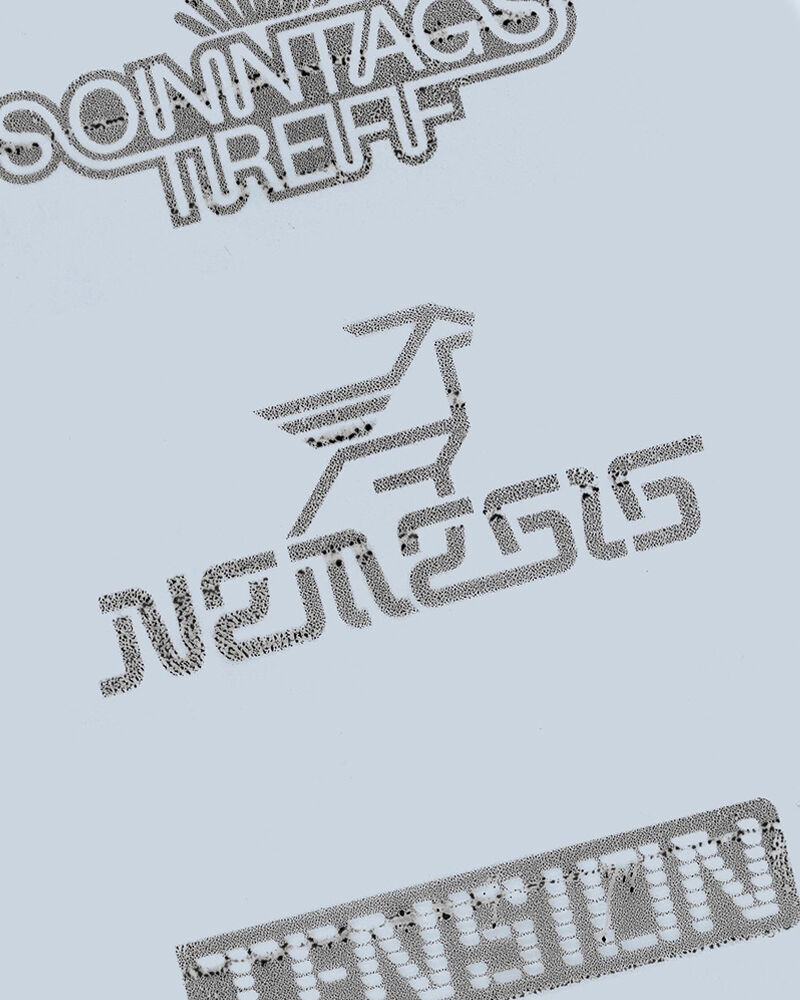 What did you learn while working on this collaboration?

B: Looking back I’ve realized that a project really never ends …
Y: … even though I already sent the files to our screen printer, Baz still bombarded me with completely new lettering designs.

How important is collaboration to you as a creative practice?

Both: Collaborations are inevitable. Discussing about creative decisions and compromising between two positions is the key for a solid work.

What challenges did you have to face throughout this project?

Both: In order to have a large pool of visual designs to choose from, we both worked out every lettering. This working technique leads to the point where you have to decide which draft works better. Acknowledging that your partner’s creative direction is the right one is difficult sometimes and will occasionally push your patience and willingness to the limit. 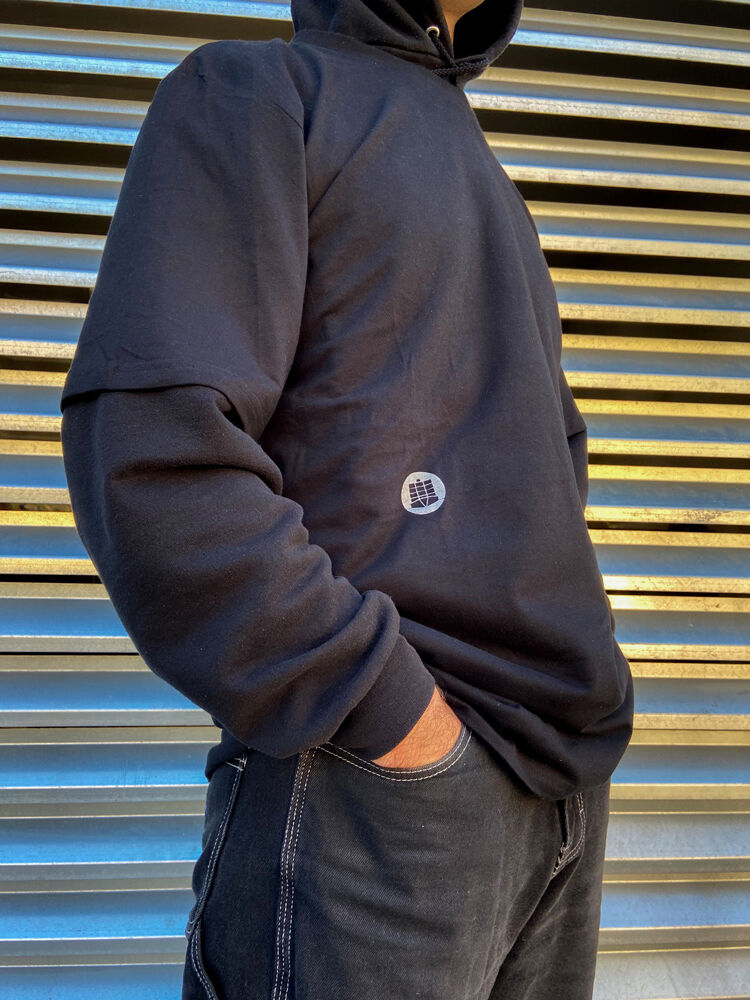 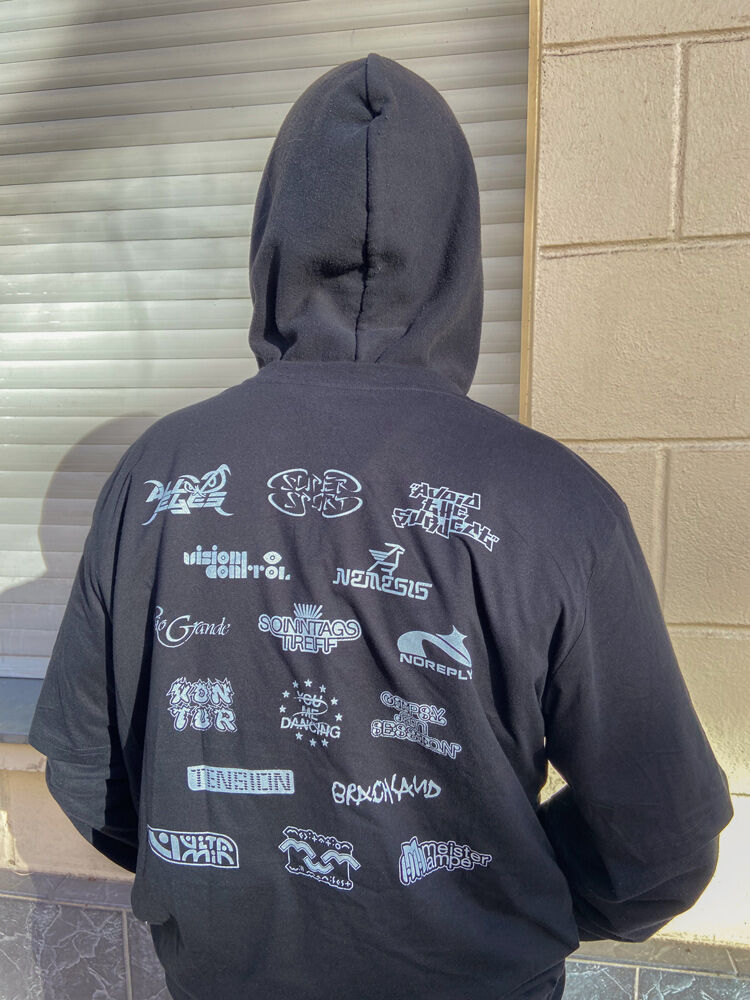 Do remember a collaboration that has inspired you in the past?

Y: I really enjoyed latest releases from Randomevent. Most recently, in collaboration with United Strangers, they collected military canvases, ship hardwood, bison leather, etc. from all over the world and used environmentally friendly craftsmanship to create modern retro furniture. Before that there was a great fashion collection with Jonathan Castro. These are flagship projects for multidisciplinary creative works.

What can we expect to see from you in the next months? Can you already give us an insight into the next edition?

Both: Our collaboration with MS Zufriedenheit continues with a fan scarf. As the Club is named after a ship, we abstracted well known optics of nautical navigation techniques.