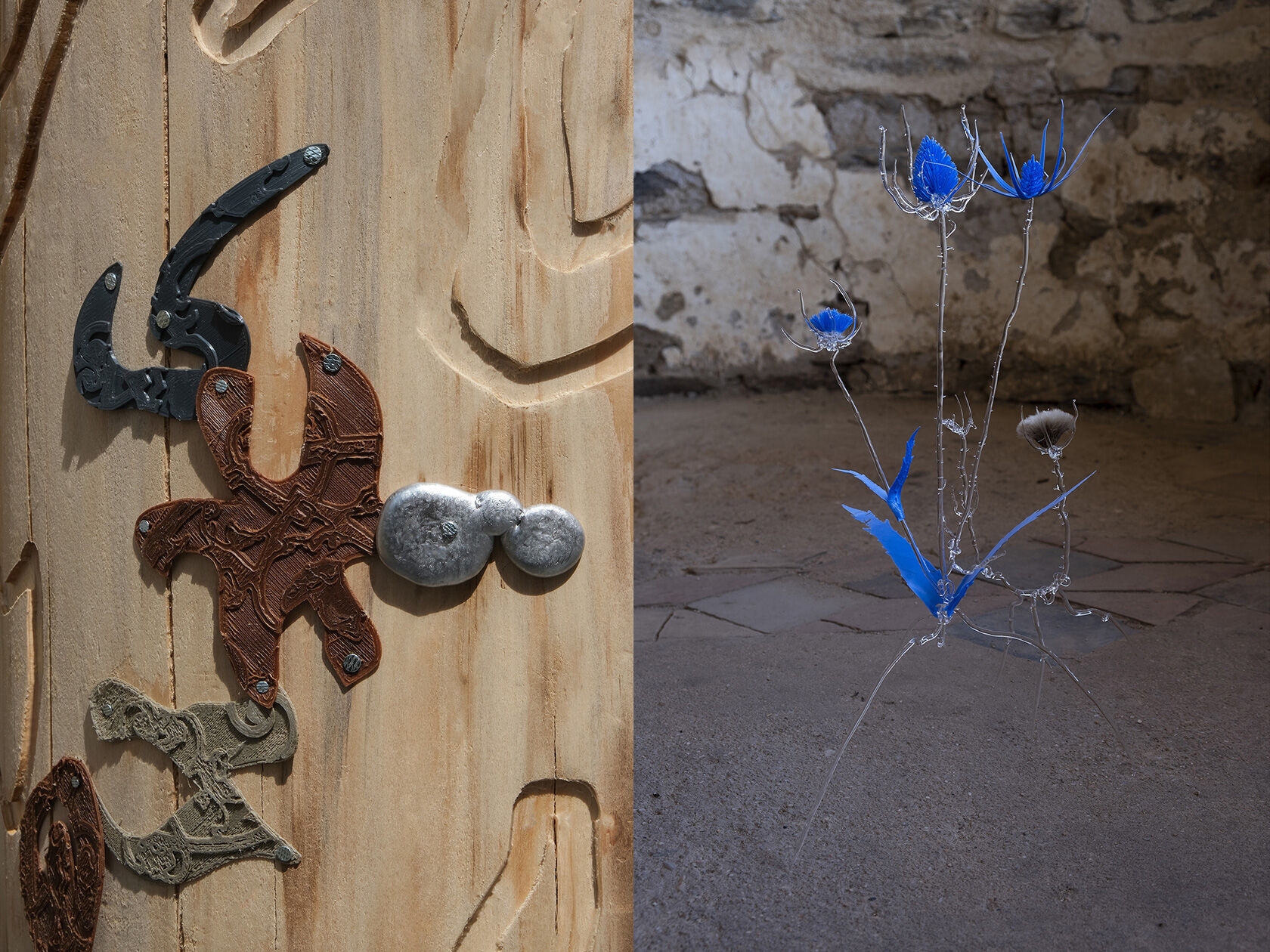 When a group of ten designers comes together to hold an art residency at an old monastery in the midst of the German countryside, you know the result will be something truly special. Out of an urge to reconnect and fuel exchange after this challenging year, Hannah Kuhlmann, Lisa Ertel, Anne-Sophie Oberkrome, Clara Schweers, and Tatiana Stürmer, invited five other designers to participate in a workshop at Stuben Monastery in Bremm, among them Jenna Kaes, Delphine Lejeune, Juliana Maurer, Kurina Sohn, and Adèle Vivet. Based on the concept of 101PS, a platform for temporary working groups and curators from Cologne which was initiated by Hannah in 2020, they founded a temporary collective and embarked on a journey of self-reflection, creative exchange, and learning. The resulting artworks—which were later presented under the name ‘Genius Loci’—are based on a collection of stories and facts about the location and its surroundings, as well as some personal experiences during their stay, and represent their shared creative voice. 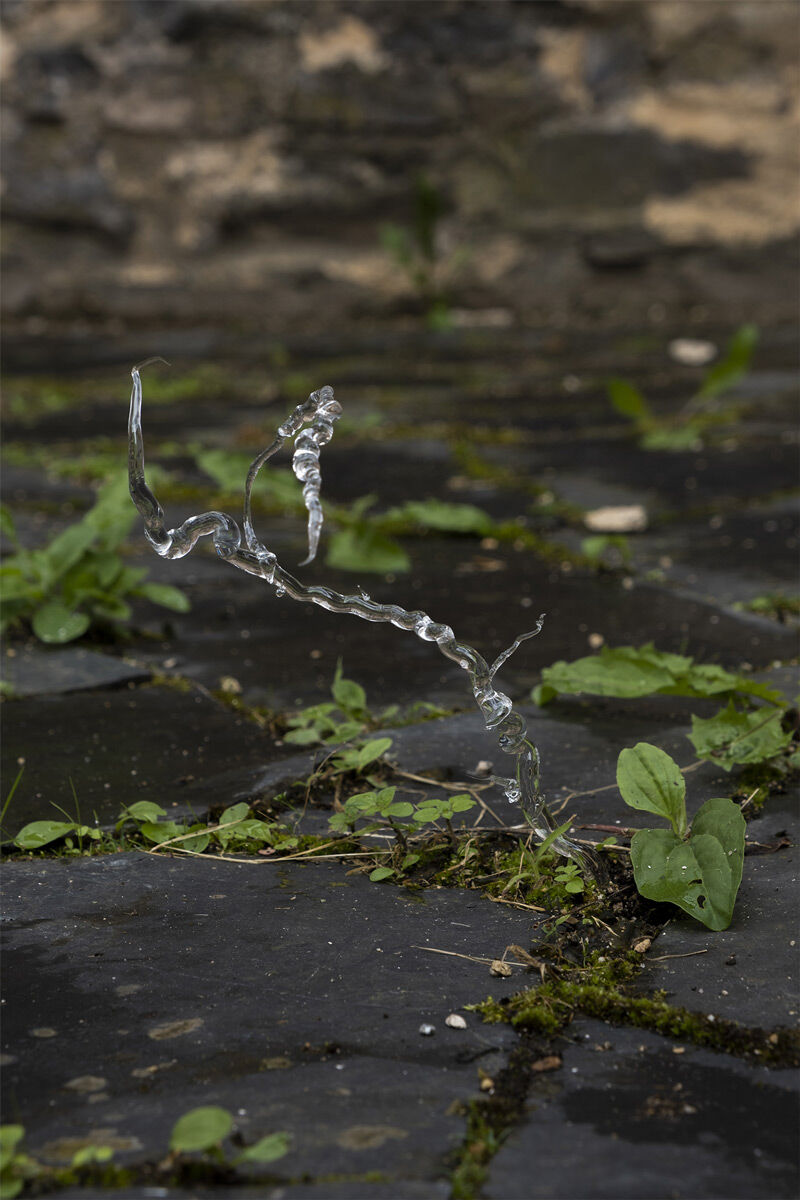 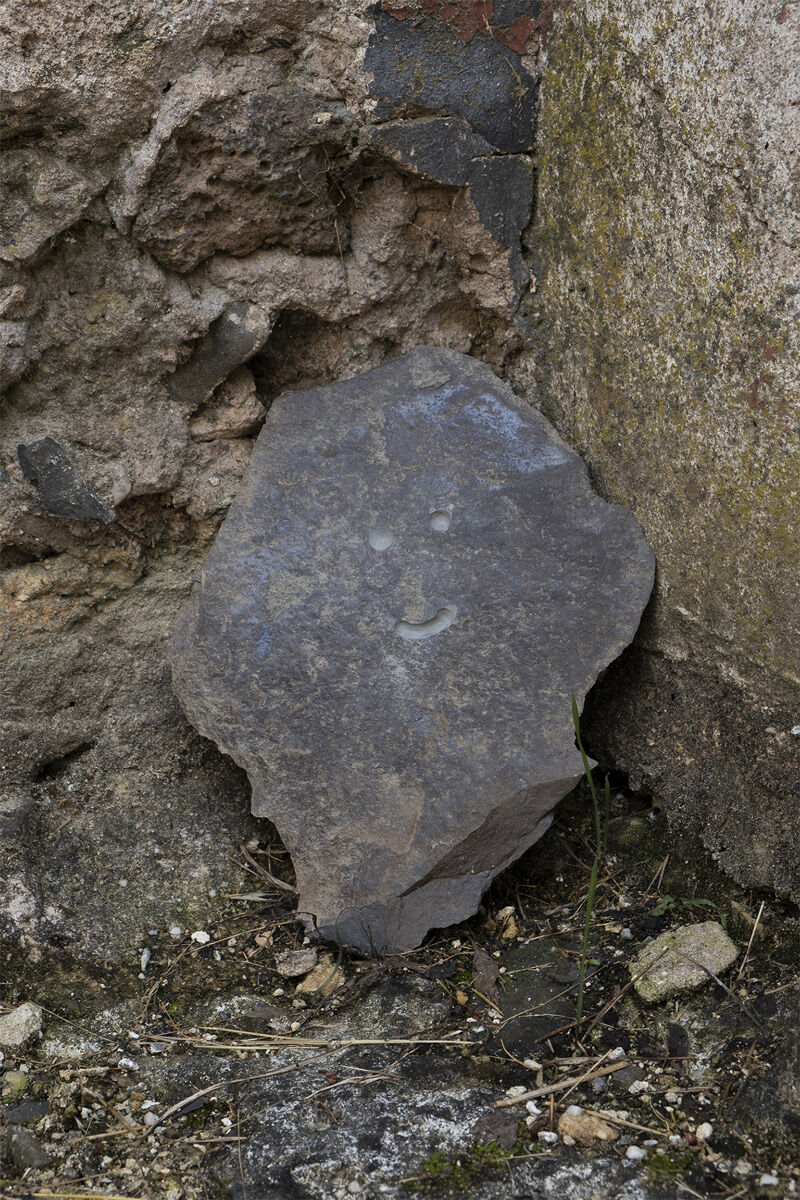 “We discussed the possibilities that are given to you as an artist: do you rely on galleries or do you pay for expensive booths at fancy art fairs to present yourself? Even then, there is usually no real exchange between the artists. But that’s what was important to us, to create spaces that also show postgraduates new perspectives,” Hannah, Anne-Sophie, and Clara elaborate their thoughts behind the initiative, “that’s why we didn’t start with an exhibition, but with a workshop. We looked for artists with different skills and dared to ask them without knowing them personally.”

The ten designers started with three digital workshops before coming together at the former Stuben Monastery near Bremm, a small village alongside the Moselle with about 800 inhabitants. The complex was founded at the beginning of the 12th century by Augustinian nuns. Today, only the impressive ruins of the church are visible. “Immediately right after we arrived, the space was filled with this magical energy, as so much creativity collided and so much power was held back the last year,” they tell us, “our daily schedule almost exploded and we, unfortunately, had to curb some of our plans. This energy pervaded the complete week, however, after the first days it was transformed from ideas to making.” The experimentation with different techniques, like 3D printing or engraving, and different natural materials related to the location, like slate, mud, or driftwood, only added to the richness of the collaborative process.

Though they live in different places far and wide and come from quite different backgrounds, all members of the group all share similar interests and openness for experimentation. “Maybe one of us would call herself a graphic designer at one point, but a scenographer, a product designer, or a craftsman at another,” they state, “we are an interdisciplinary group with great curiosity. We all like to try new practices and are willing to share our knowledge.” To avoid any kind of hierarchies, they approached the curation of the workshop and exhibition as a team, so that everyone was equally evolved in the research process and exploration of the place. “During our first digital meetings, it became clear that everyone just naturally wanted to share and bring something to the collective,” the group tells us, “from techniques, skills or tools we created a common playground of possibilities and exchange. It can be very inspiring to step out of your comfort zone and approach the material with the fresh eye of an amateur. The week was primarily about exchange and curiosity about new methodologies and techniques.” 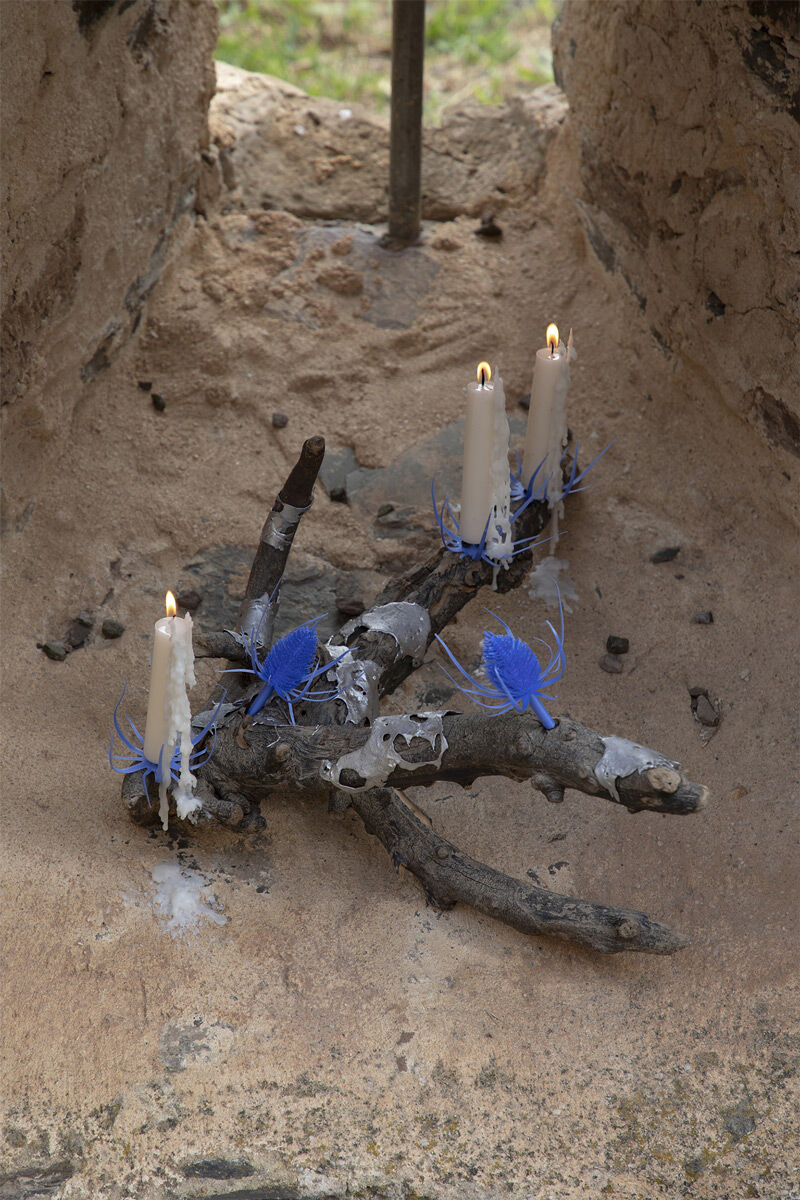 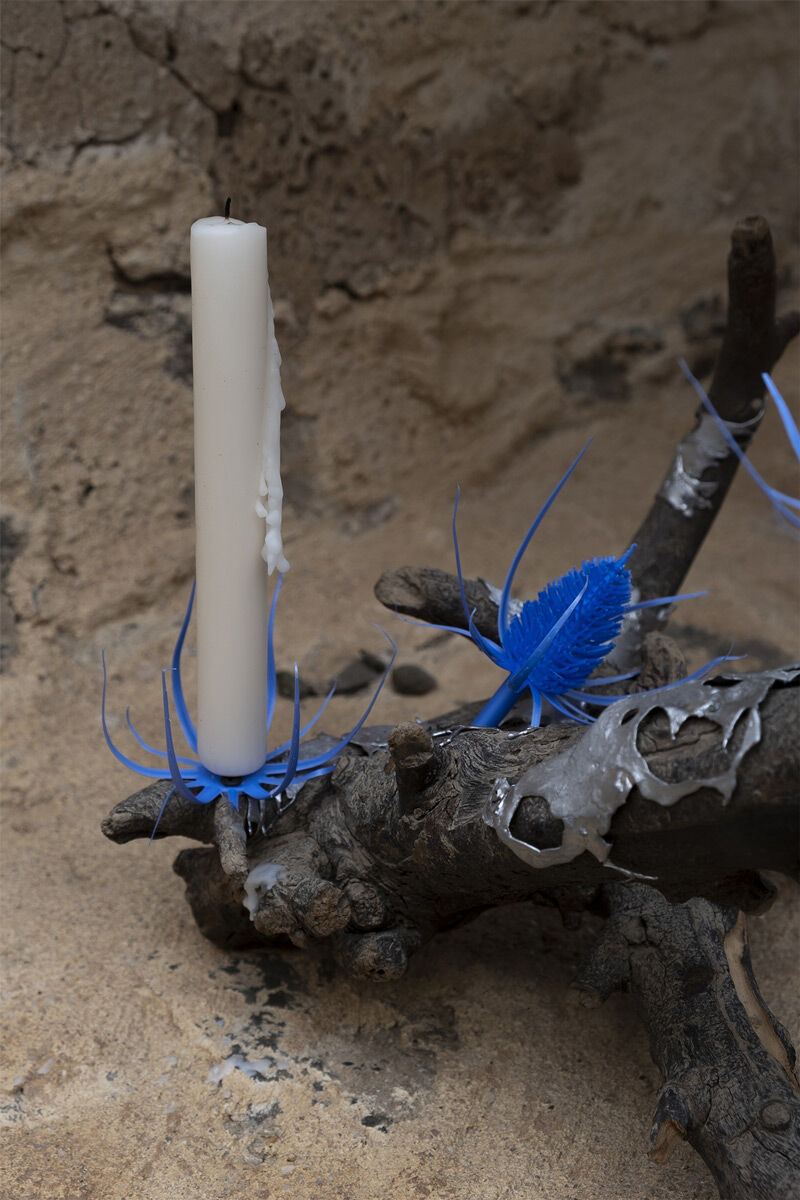 With ten designers coming together in one place, every day during the residency looked different. Each of them prepared a small workshop or project in advance that they wanted to share with the rest of the group. “We started with the climb of the Calmont—a hill near Bremm—which was part of Anne-Sophie’s research. She had cast pewter/tin cane nails for each of us and gave us the task of finding a walking stick. This was the opening of the workshop,” they remember, “the whole experience was unspeakably harmonious and understanding. The mornings were an open field to share what the day could bring, what our dreams the night before were, or which locals in the village had offered to share their insights. The safe space we created allowed us to talk honestly and openly about our experiences, struggles, and needs in the design and art industry and our everyday life.” 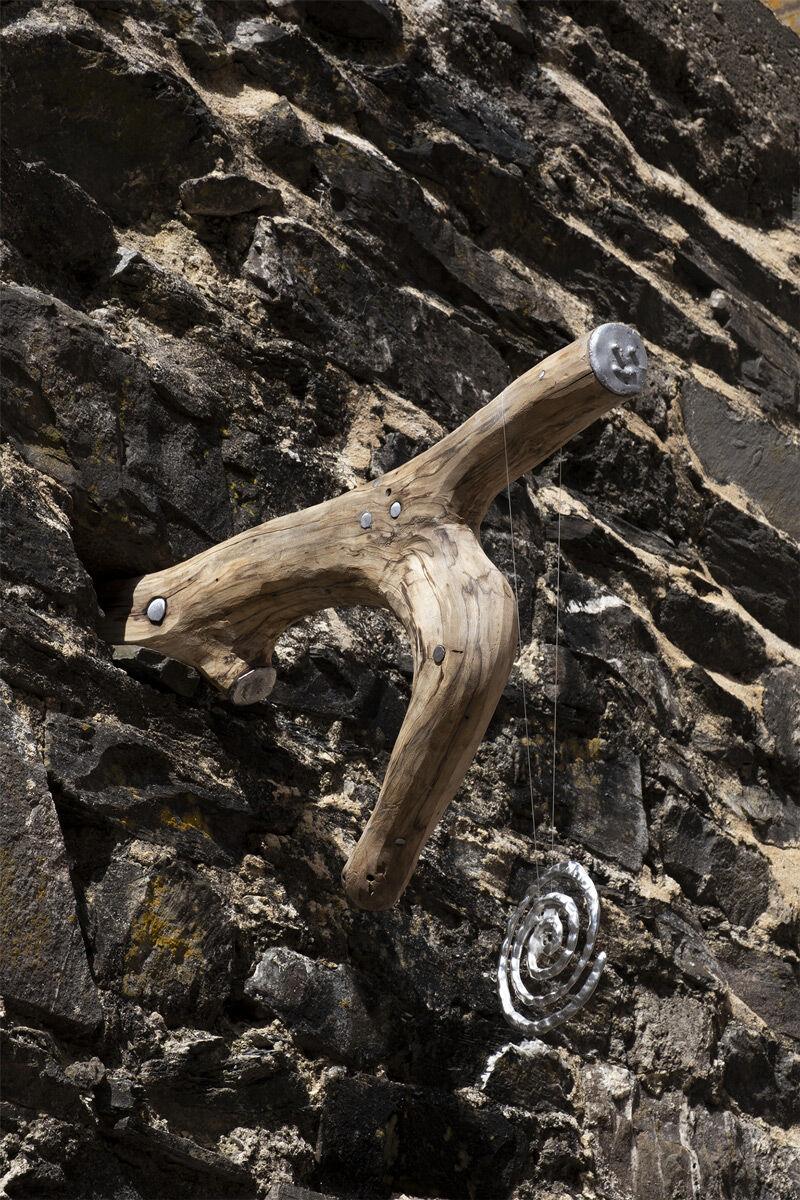 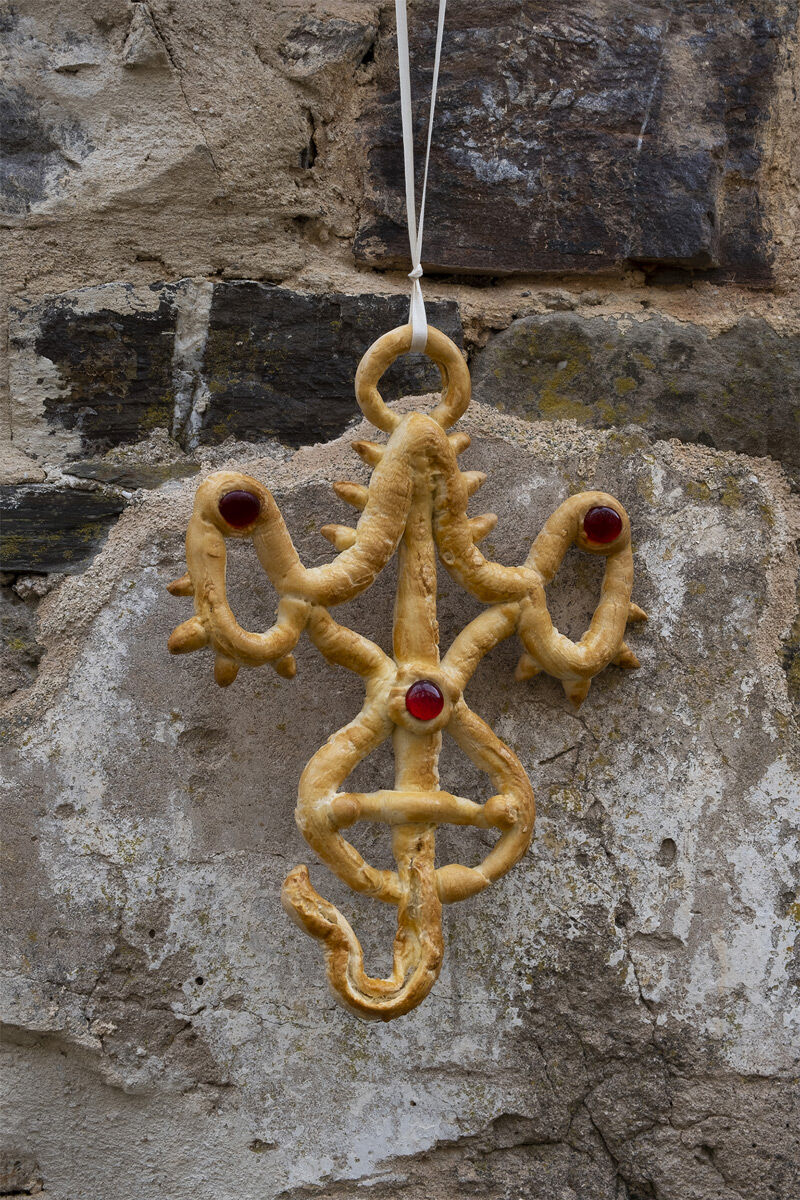 In an attempt to fully explore the ‘Genius Loci’—the spirit of the place—forest walks, meditations, and a full moon ritual were also part of the program. “When you are in a creative process, you can’t work on it 24/7, you need breaks in between to fully process your impressions,” they explain, “you don’t realize how the light falls, how the sun moves, or how the wind blows until you’re on site. Although sunset was officially at 9:30 pm, the sun was already no longer visible from 8 o’clock due to the Calmont in the back of the monastery, yet it was still bright. The most beautiful hour of the day was around 6 pm because then the sun shone through the open nave on the altar of the ruin.” The meditation was led by Gina Capitoni, a yoga and meditation teacher from Cologne, allowing them to let everything sink in and see the location in a new light. 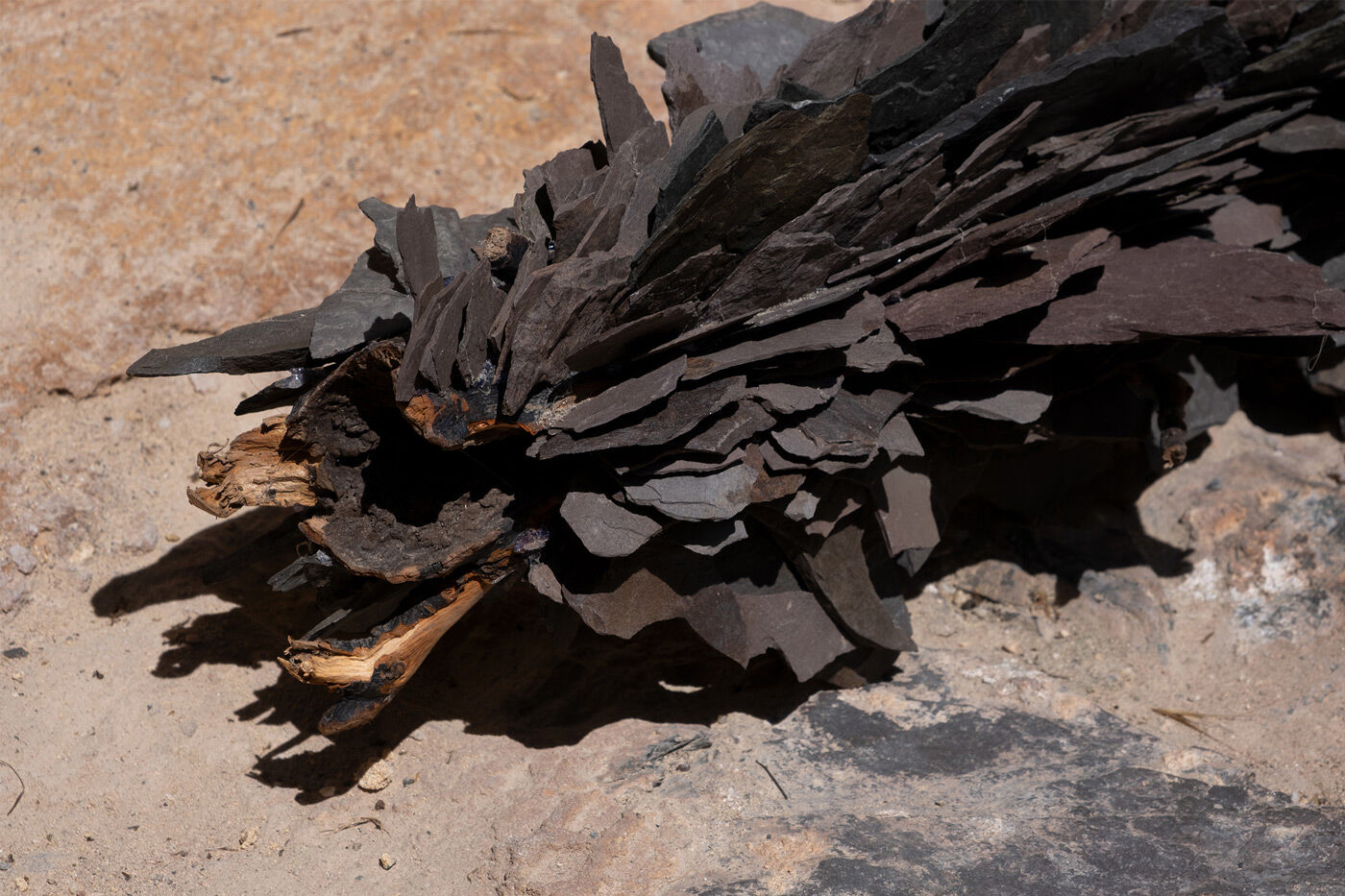 As they had never met in real life before starting this project, the residency was also meant to explore their potential as a collective. “Living together and sharing ideas on a daily basis—in this magical setting—created these connections that went beyond the practice itself but generated a kind of symbiosis within the group,” they tell us. Looking into the future, they hope to build on this connection and continue working together, despite the distance. At the moment, they are currently working on a publication presenting the research and outcome of the residency at Stuben Monastery and are planning to set up an exhibition at 101PS in Cologne during autumn. “As the format of the workshop worked really well for us, we would like to repeat this experience. Since we are all spread out in different cities in Europe, it makes sense to meet in person and work with the genius loci, stories, and people of different places,” they tell us, “we would also like the current constellation of us to grow, inviting people from different backgrounds to join.” 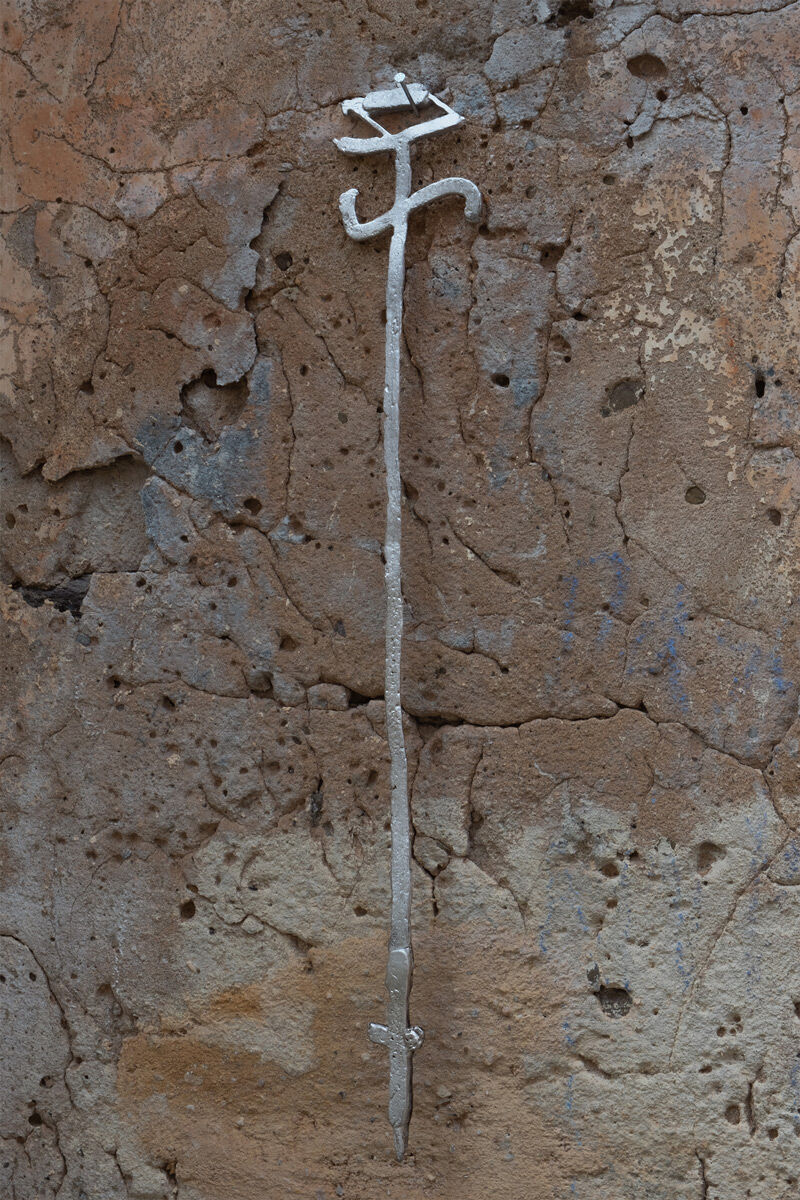 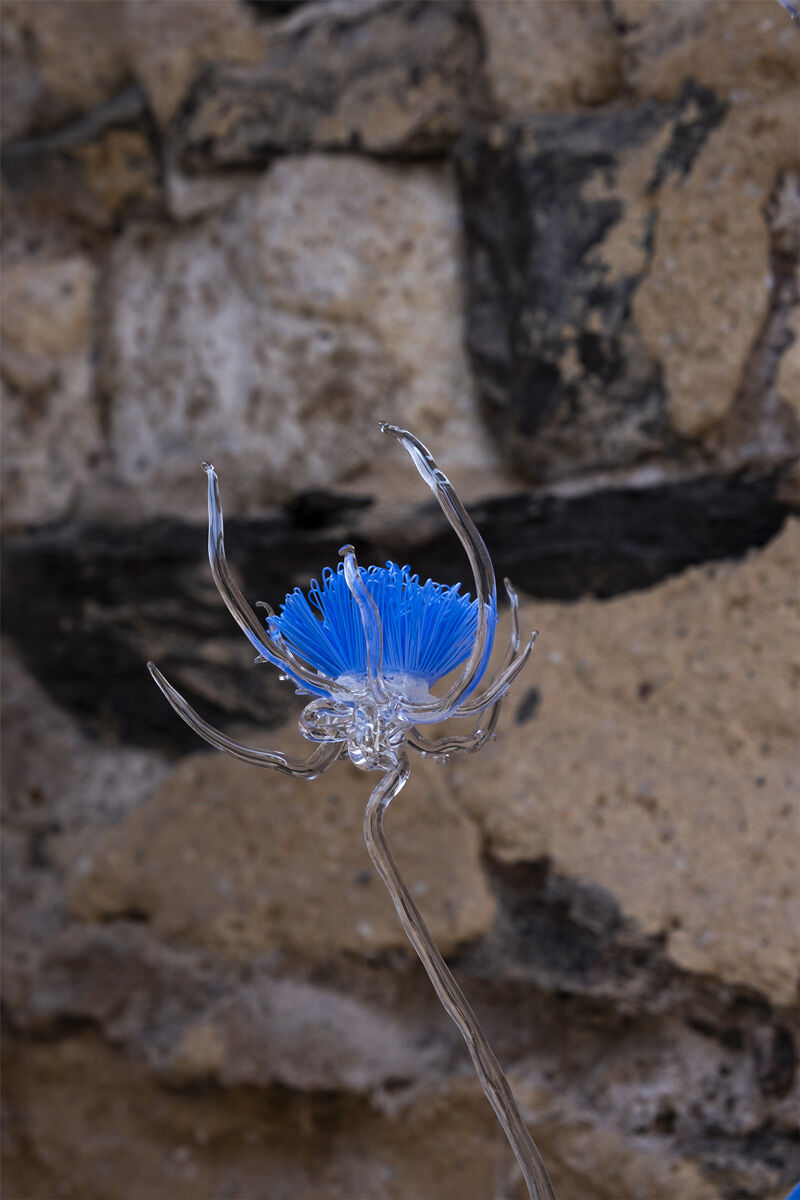