On August 4th 2020, a large amount of ammonium nitrate stored at the port of the city of Beirut exploded, causing at least 204 deaths, 6,500 injuries, and US$ 15 billion in property damage, and leaving an estimated 300,000 people homeless. It was that very moment when Nikolai Dobreff founded the Heart Directors Club. “More as reflex than a well-thought plan I designed a ‘Help Beirut’ T-Shirt that I sold online. And in only three weeks, almost 200 shirts were sold and I donated 2,200 Euros to the German Red Cross who helped on-site in Beirut”, the Hamburg based graphic designer and copywriter tells C24, “Design is such a strong tool and creativity is the key to change. I’m more and more convinced that everyone who lives a privileged life is responsible for helping those who don’t. Make posters, help NGOs with visuals, support your local community with a website or whatever. Communication makes voices heard and design is its key.”

After this heartening experience, Nikolai decided to turn the initiative into a long-term project, using his own skills to support benevolent institutions and charities. “I’m sad and angry about some things going on in our world but I’m not a usual protester guy. My strength is more to have a coffee, be on my own and think about stuff calmly”, he states, “For the first time I had a sense of being able to make a little change using the power of creativity. And during the T-Shirt project, I received a lot of empathic messages by people who shared my thoughts. There was kind of a solidary vibe that captivated me.”

Only one month after the detonation in Beirut, a fire almost completely destroyed the refugee camp of Mória and therefore the home of more than 12,000 asylum seekers. “When I heard about it I knew that we cannot wait longer and so I asked some friends to make and sell posters about Mória and donate the profits to Seebrücke”, Niklas looks back. As an ironic reference to the well known Art Directors Club, he decided to name the initiative Heart Directors Club. “It’s a friendly hint to the commercial side of the business. HDC doesn’t celebrate itself and its members for success — we celebrate the peoples heart and passion and empowerment through design.”

When it comes to choosing the organizations and charities to support, Nikolai always choses from a very emotional, spontaneous and personal point of view. “The fire in Mória was the trigger to found HDC, so it was clear to donate the money to a refugee-supporting organization. In October I saw the documentary ‘Rechts. Deutsch. Radikal’ that featured EXIT Deutschland, an organization that helps people to exit right wing extremism. I was very inspired by their work and wanted to support them”, he explains, “In ‘stay at home’ December I thought it only makes sense to do something for homeless people.” 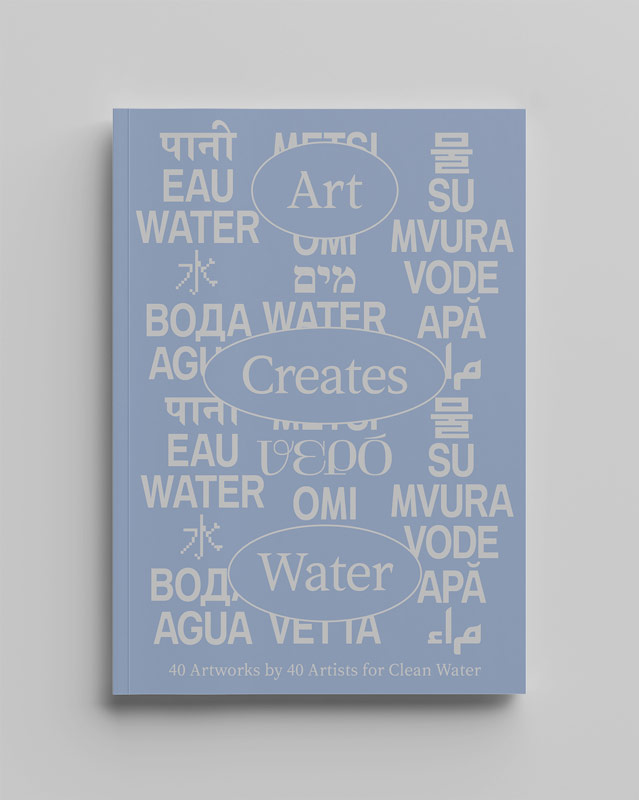 At the beginning of this new and fresh year, the January and February edition is contributed to Millerntor Gallery and Viva con Agua Arts, who run various sanitary projects for clean drinking water in Africa and Asia. The colorful magazine contains forty artworks by international artists, featuring talents like Pia Graf, Sandra Doutou and Julia Sukop, Daniel Hermes, Hannah Schrage, Otis Verhoeve, Pierre Vanni and many more. “I wanted to bring together all the talented and motivated people and a magazine was the first medium that came into my mind”, Nikolai explains, “In general I didn’t call the project ‘Club’ to do it on my own. The community is the base of HDC. And I couldn’t handle to do everything on my own. Sharing is caring. Another aspect is Instagram: I’m so tired and sick of it but I realized that its strongest potential is connecting people. And that works brilliantly.”

It’s this connection to other creatives out there and the feeling of community, that Nikolai values the most about the project. “I feel a different creative energy inside myself because I see all the different styles, techniques, people, backgrounds, approaches and so on”, he reflects, “The project itself keeps me thirsty and active. I’m just very passionate about it and I feel like it’s the right thing to do. Without that self-confidence I couldn’t handle the workload. With raising followers I feel more responsible for what I do. And at the same time I see HDC as a playground to experiment with ideas.”

After Nikolai has chosen the subject and medium of each edition, he usually starts by writing a small briefing including hard facts about the project and a schedule. “Depending on the idea behind the edition, I either make an open call or just text people who I appreciate”, he explains. Apart from preparing design templates and texts for Instagram, Nikolai takes over the whole communication and the organization of the production and shipping process – all of that, while already planning the next edition. “It’s more work than I thought”, he jokes.

The March edition is all about the empowerment of womxn. Designers and artists from around the globe will transform their favorite empowering song into artwork, turning music into the key role of the project. All profits will be donated to shesaid.so, a global community of women and gender minorities in the music industry. Being – A – a man and – B – a white man, Nikolai had to find the right balance between actively supporting womxns rights, while taking a back seat at the same time. “I always considered myself as an ally who wants to support equality, but it’s just not the same if you’re talking about it as a white privileged man”, he explains.

The second challenge was the curation of artists itself. “Of course the group of Heart Directors should represent a diversity of womxn. I was thinking a lot about the compilation and I’m still struggling with the decisions I made. It just shows me how sensible you need to be for specific issues”, Nikolai tells us, “My girlfriend, the coolest feminist I know, helped me a lot.” But this is not the only difficulty this time, as the pandemic slows down all of the production and shipping processes. “Usually, I start producing after an edition ends. I want to produce only as many items as ordered to reduce costs and save as much money for the donations”, he explains, “But productions are currently even slower and so it takes a long time between people order and receive their artwork. I’m thinking about improving that but haven’t find a perfect solution yet.”

As soon as the end of the pandemic is in sight, Nikolai hopes to concentrate more on real-life events, like exhibitions or workshops. “I see a lot of potential in Heart Directors Club”, he tell us, “In the future, I would like to make the Club more professional. The infrastructure is really basic because I’m working on it after my regular job at Studio Karl Anders or sometimes at 4am in the morning. I have a 2 year old daughter and a more or less full time job and Corona took all the freedom I had so it’s not easy to take care of HDC as much as I would like to.” Nikolai aims at turning the Heart Directors Club into a social business and therefore being able to pay the creatives involved in the project. “A personal goal would be to have a beer with every lovely Heart Director I was honored to meet if only digital.”

In case you would like to support/donate to the mentioned organizations or find more informations about their activities, please check out the following links: