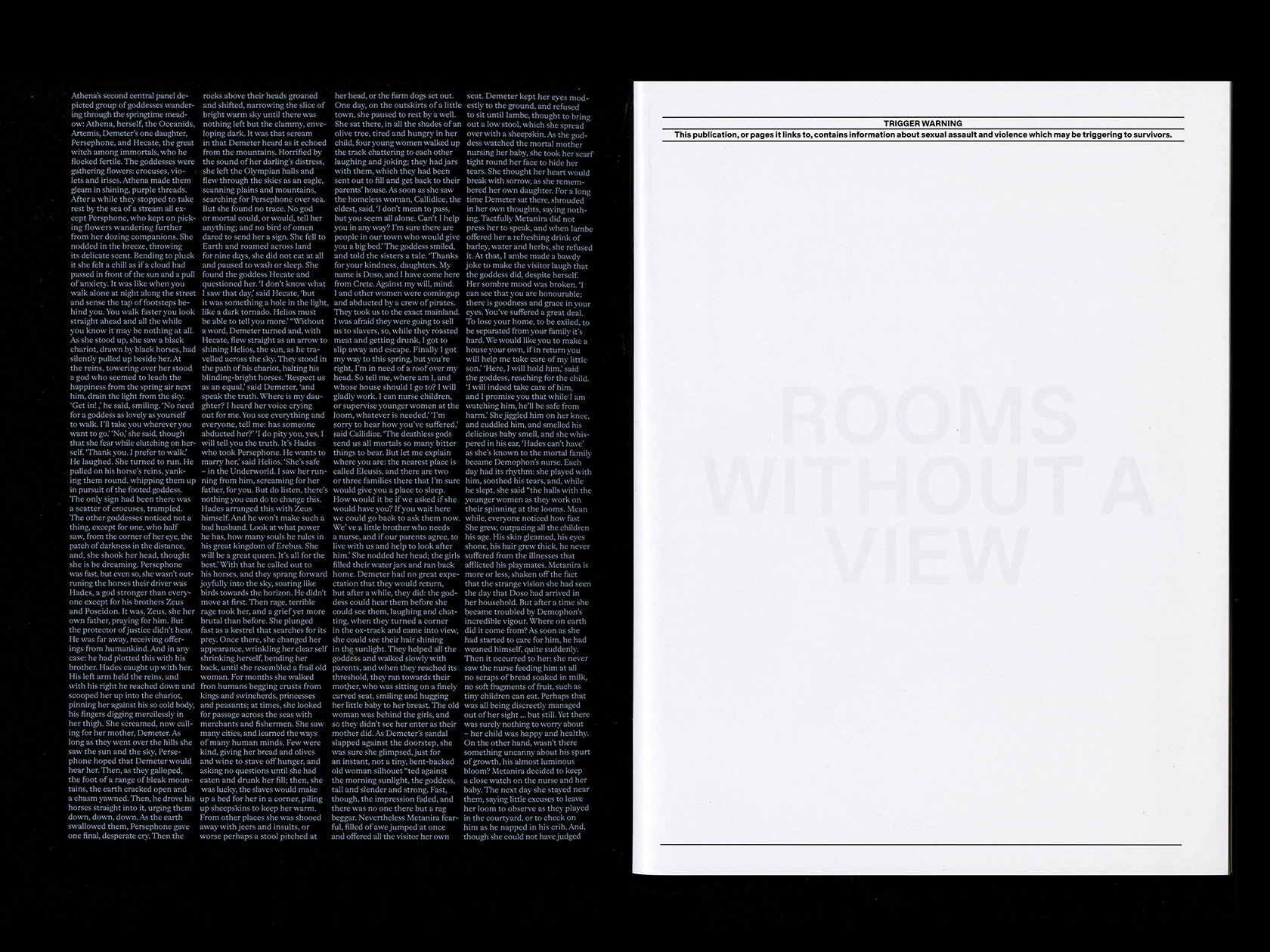 Greek mythology has left us with a vast and fascinating collection of epic tales about gods and heroes. These myths have been passed down through generations and continue influencing our modern lives. The story of the Ancient Greek goddess of the harvest, Demeter, and her daughter, Persephone, counts as one of the best-known stories. One day, Persephone was walking in a beautiful meadow when a hole opened up in the ground. Through this hole, Hades—the God of the Underworld—captured Persephone, planning to make her his wife. Demeter’s sadness about her loss affected the harvest across Greece, causing crops, fruits, and nature to stop growing. Zeus, the King of the Gods, agreed to help Demeter get her daughter back from Hades, and visited him in the Underworld. Hades agreed to let Persephone go only if she did not eat any of the food he offered her, but in her despair, Persephone had already eaten a few pomegranate seeds. Zeus and Hades agreed that Persephone would have to spend six months in the Underworld as Hades’s wife but could return to Earth for the other six months of the year, thus explaining the different harvest seasons.

Drawing upon the tale of Demeter and Persephone, designer Lana Soufeh collected stories of domestic abuse survivors in her book “Rooms Without A View.” Made in collaboration with visual artist Moritz Jekat, the book deconstructs the concept of “home” by documenting the rooms and furniture of the victims. As part of a class assignment mentored by Isabel Seiffert at ECAL, the students were asked to examine the connection between Greek mythology and modern society. “The purpose of this editorial study was to shed light on the experiences of domestic abuse survivors. The notion of ‘home’ does not universally evoke feelings of security and protection in everyone,” Lana explains.

At first sight, the book appears as a furniture catalog of sorts, ordered by room. Within each chapter, the black and white photographs of the items —pieces of furniture, home decor, and everyday objects—are contrasted with testimonials of domestic abuse survivors and their family members. The plain display of these items confronts the reader with the uncomfortable truth: Domestic abuse is widespread and can affect anyone. Mundane objects, such as candles, forks, or lamps, become weapons. Bathtubs, beds, or couches turn into horrific crime scenes. Next to information about domestic abuse and what someone can do to protect themselves or their friends and family, the publication also includes links to websites and emergency hotlines from all over the world to contact for assistance and support. (A list of worldwide resources can be found here)

Printed on transparent paper and added as inlays throughout the book, the images of Moritz stand out next to the black-and-white photographs of the objects. Not always instantly recognizable, they depict a romanticized notion of ”home,” an imaginative fantasy of the survivors. “The extreme contrast between Moritz’s images and the photograph of the objects brought the editorial to life. This lighter and optimistic perspective was a necessary addition to the intense and heavy content that I was working on,” Lana tells us.

With both pursuing their master’s degrees at ECAL in Lausanne—Lana in type design and Moritz in photography—the duo met at a cross-lecture workshop between the two schools ECAL and HEAD in Geneva. ”A couple of weeks later, Lana suggested collaborating on this project. The concept was well thought-out. As some of my very close friends have suffered from similar experiences, I didn’t hesitate to team up with her,” Moritz explains.

Since we wrote about her work in 2021, Lana has begun to focus more on type-related projects, leading her to design her own typeface Mecka Roman as part of a class led by type designer and feminist type historian Alica Savoie. Meanwhile, Moritz’s career started out with a focus on traditional photobooks before he recently discovered his fascination for computer-generated images and videos, often presented as self-made installations and sculptures.

COLLABORATIONS TO LOOK AT:
Norma Elzoghbi and Carla Rossi