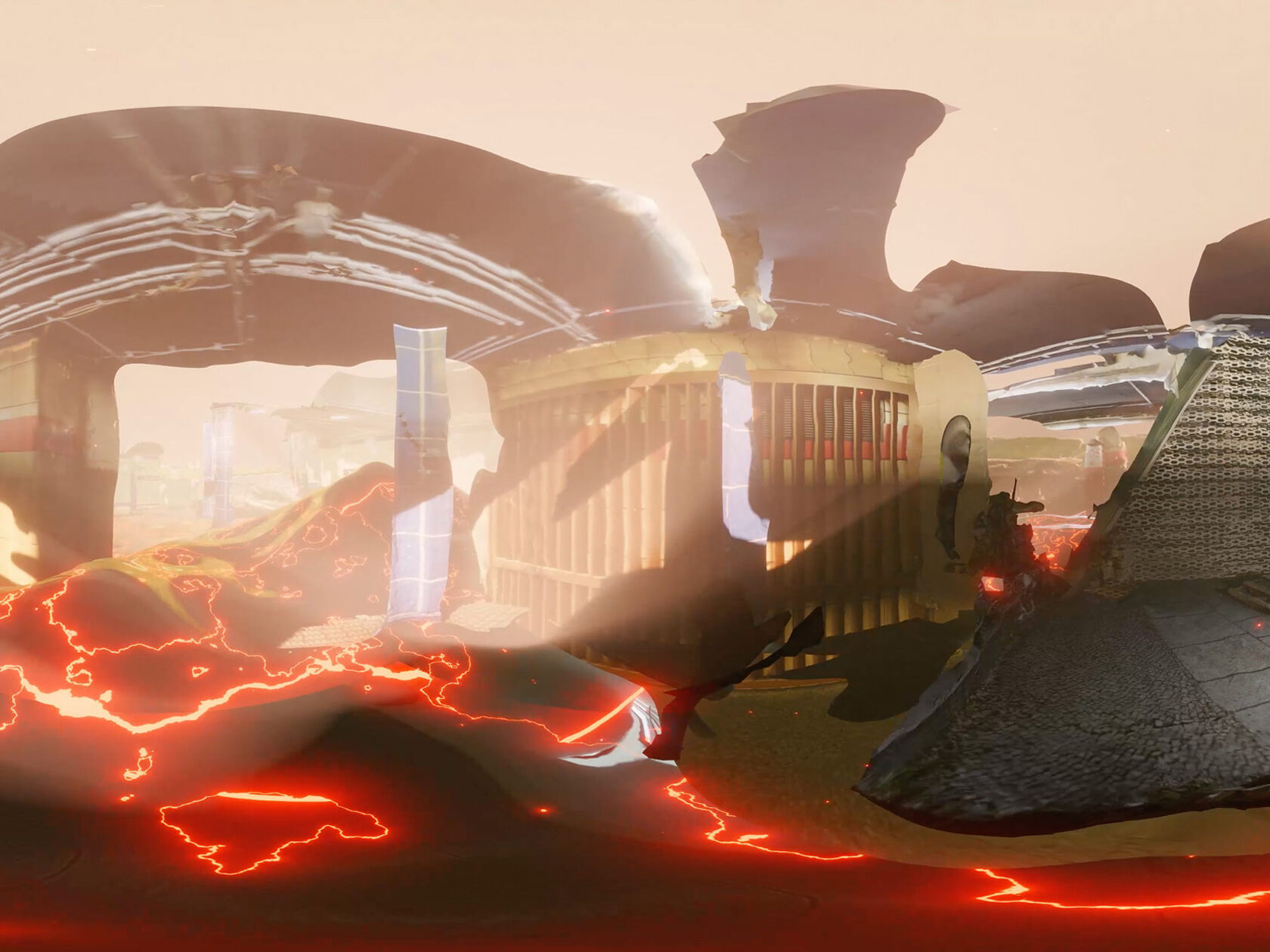 Drawing on inspirations from films, video games, and theater, Constantin John’s debut LP Transform guides us into a digital swampland. Sitting somewhere between post-club music and neo-classical pieces, he creates cinematic, glitchy, electronic soundscapes filled with organic melodies, harsh digital breaks, and fractal rhythms. Over the past decade, Constantin John has created a shy musical persona while performing in rare but continuously evolving live sets. The musician and dramaturg works mostly for theater and film but also records as a solo artist. “I draw a lot of inspiration from the storytelling that I find in theatre productions and films. When I start working on music, I think of different settings and places, building up some sort of story and atmosphere,” Constantin tells C24. The single has been released on Verydeeprecords last week, a Nuremberg-based label focusing on contemporary (electronic) music for the dance floor and beyond. The full album will be released on April 8, 2022. “Honestly, I don’t know if I would have released a solo debut album without the constant push of Philipp and Stefan from Verydeeprecord,” he adds.

Accompanying the release of his debut album, Felix Neumann, who is also known under his alias seebelieveproduce, created an astonishing music video for the single Veins. The video playfully reflects on the idea of world-building by reconfiguring distorted 3D scans of real places and transferring these ruins into a digital, video-game-like landscape. The 360º video experience raises important questions: How do we live together? How do we design the places we live in? Felix and Constantin guide us through an underground world of subway stations and bloodstreams that seem to bring us closer to both the center of the earth and the answer to these questions.

The first idea for the video came up in conversation with graphic designer and musician Philipp Dittmar, who is the co-founder and art director of the music label Verydeeprecords. “When we started to release music on cassettes years ago”, Philipp remembers, “our main goal was to put out our own music. Over the years we shifted this focus more and more towards releasing work from other artists. We like to bring together people from different disciplines, like a producer and a designer or a performing musician and a visual artist. So, step by step, we built an audio/visual universe consisting of records, performances, videos, and so on. And it keeps growing and evolving with every project—like this one.”

The music label has been in loose contact with Constantin for years, waiting for the right opportunity to work on a release together. “While playing around with sketches for the album cover we thought of Felix as a good match for creating these kinds of 3D worlds. Through his work, he added a whole new creative dimension to the process”, Philipp tells us. The locations shown in the video represent the places that inspired the music on the album. “We wanted this collaboration to become an independent work of art,” Felix tells us, “rather than just an accompanying video to the single. I listened to the whole album several times and Veins just always seemed like the perfect soundscape for a slow and steady video, as it leaves enough space for the visual extension of the sound.”

Initially, Felix suggested building a video game in Unreal Engine, but due to technical difficulties, they kept working on a music video instead. “We still wanted it to have the same aesthetics, though. This immersive moment of the game seemed very fitting. So in the end we recreated this feeling through a 360-degree video. It’s also nice to watch in VR by the way,” Felix explains. Blurring the distinction between art video and music video, the 360-degree experience forms a strong connection between sound and image. “It was really motivating to see that everyone involved was so passionate about the project. I know this would have never turned out the way it did if not through this collaborative process. Constantin’s work as a musician has influenced me a lot and made me think in a different direction than usual,” he adds. The Berlin-based artist and designer works at the intersection between design and fine art, exploring how he can intertwine strong messages within his graphic and 3D work. “I am constantly searching for new ways of creating imagery and therefore I’m trying not to limit myself by sticking to some sort of personal style,” he tells us.

In collaboration with Felix, Philipp created the cover and packaging for the album. “The graphic design of the record cover was driven by some principles I love when working on packaging for vinyl: a huge cover image and only a little text on the front, classic but complex text layouts on the back. For this artwork, I fell in love with the idea to merge some of the texture maps on the back cover, like fragments or raw material of the 3D artworks, and combine them with liner notes and release information,” Philipp explains. Additionally, the eye-catching spine links the front and the back of the cover through its vibrant color. The text on the back was written by the artist Siobhan Leddy, reflecting on the ideas of decay, destruction, and reformation. “I’m not very good at generating images. My work for the label—and record covers in general—often is more about organizing content created by other people: Music, text, and images. So I am reliant on illustrators, photographers, or 3d artists to help me out. The result is always something I couldn’t have created on my own,” he adds.

Alongside Constantin’s debut album, Verydeeprecords has a ton of new releases in the pipeline, including a repress of one of their albums from last year, Featuring Pascal’s Skateboard by LiÆN. Next to his work at a theater production at Schauspiel Frankfurt right now, Constantin plans to perform his record this summer and work on another release in the meantime.