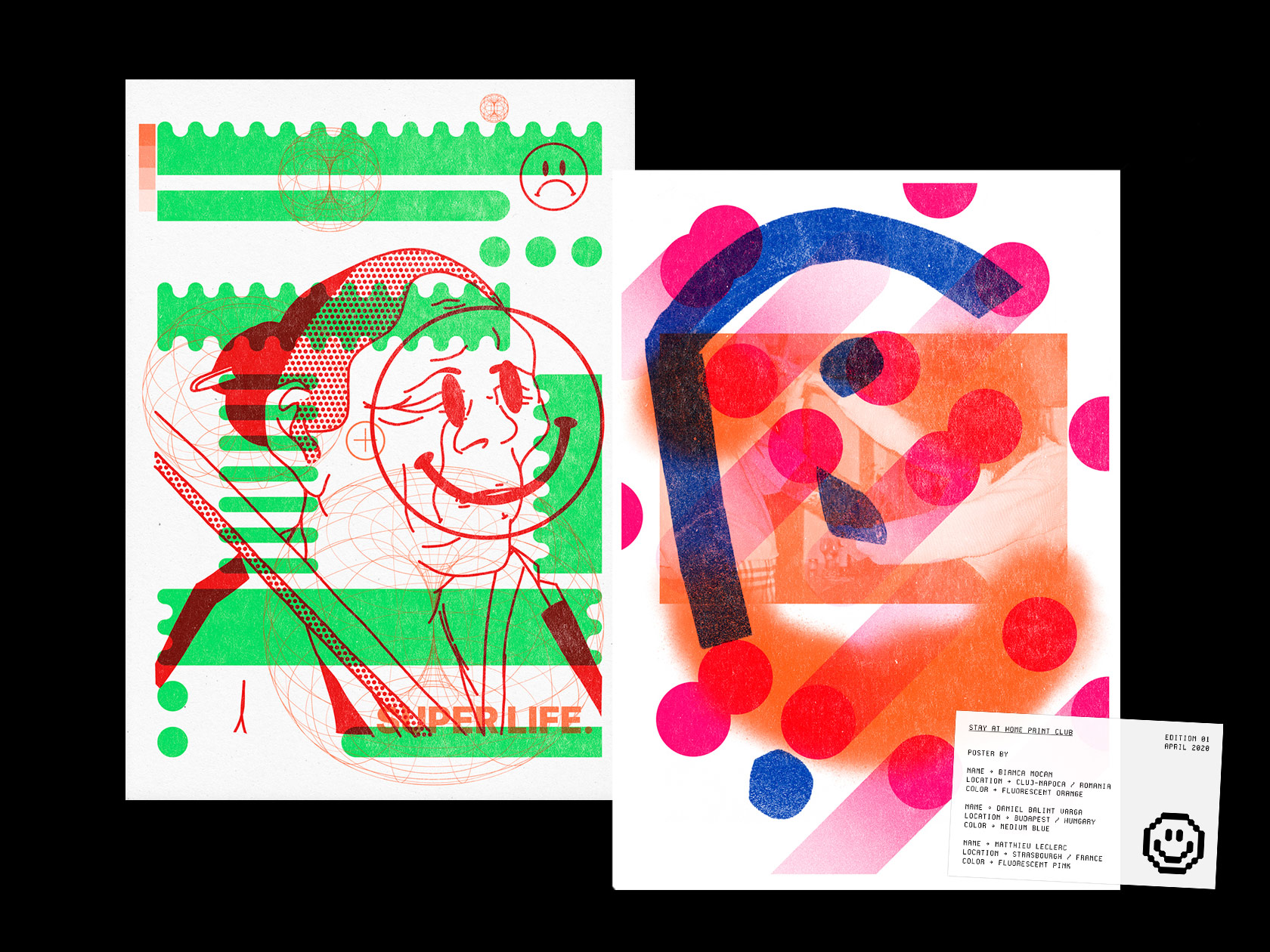 After the idea has been on their minds for months waiting to be brought to life, Julian and Hendrik Klein decided to stay productive during the lockdown and jumped at the chance to found the “Stay at Home Print Club”. For this project, the duo invited artists worldwide to contribute with an A3 artwork. In the next step, every artwork was combined with two other submissions by artists from different locations in order to print a three-colored riso poster. The project not only offers an opportunity for creatives to work together in times of home office, isolation and social distancing, but also supports homeless people who don’t have a safe place to stay during the crisis. “The first edition’s profits go to ‘Doctors Without Borders’ in Lesbos, Greece”, Hendrik and Julian tell Collide24, “After one week we had 103 submissions from 74 artists and 23 countries. Way more than we have expected. 14 posters by 42 artists have been printed in the end. More than 1200€ have been raised so far.” 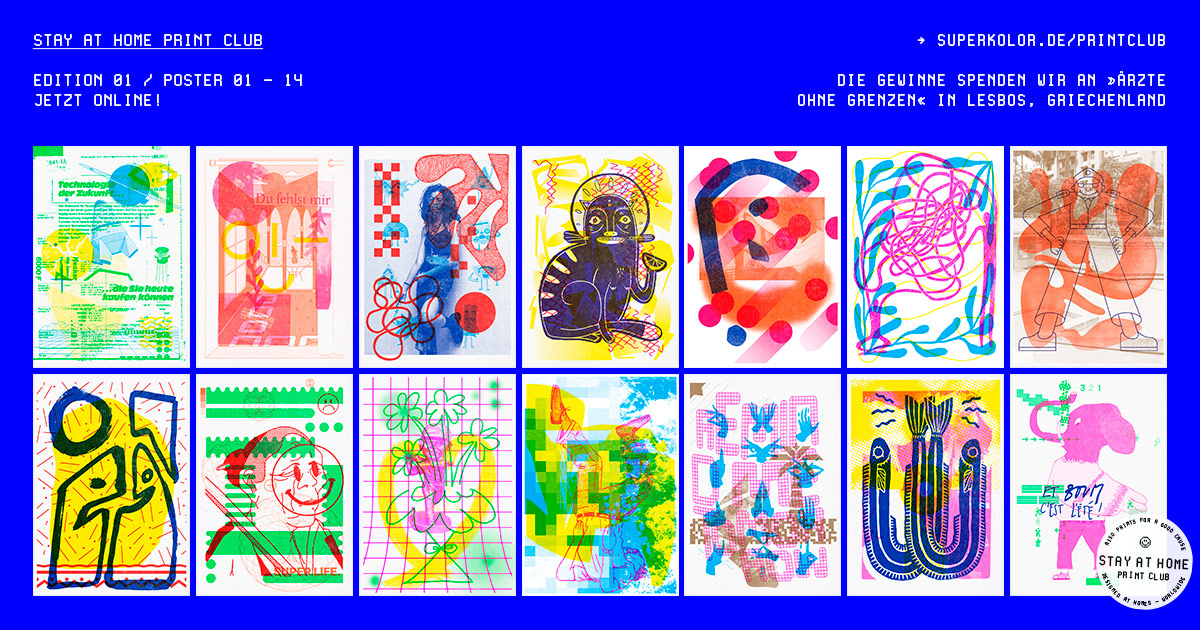 Julian and Hendrik discovered their love for the special printing technique quite accidentally after they stumbled upon an old riso printer on eBay and have pursued their passion ever since. Soon after they finished their studies in Münster and Bielefeld, Germany, the duo founded their own studio Superkolor, specializing in graphic design and risograph printing. “We just fell in love with the unique colors, the imperfections and lovely textures”, the designers tell us, “Our studio aims at combining modern graphic design with an ecological printing approach to archive clean, yet vivid aesthetics by using this lovely low-tech solution.” 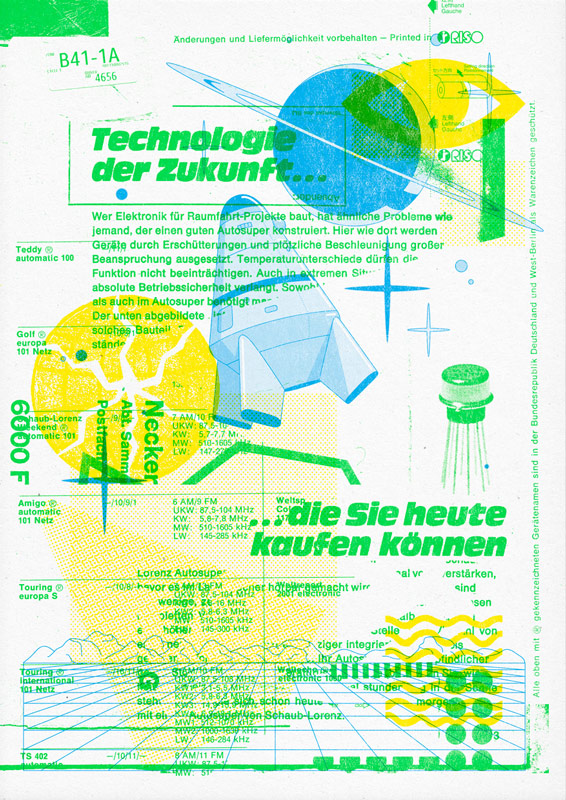 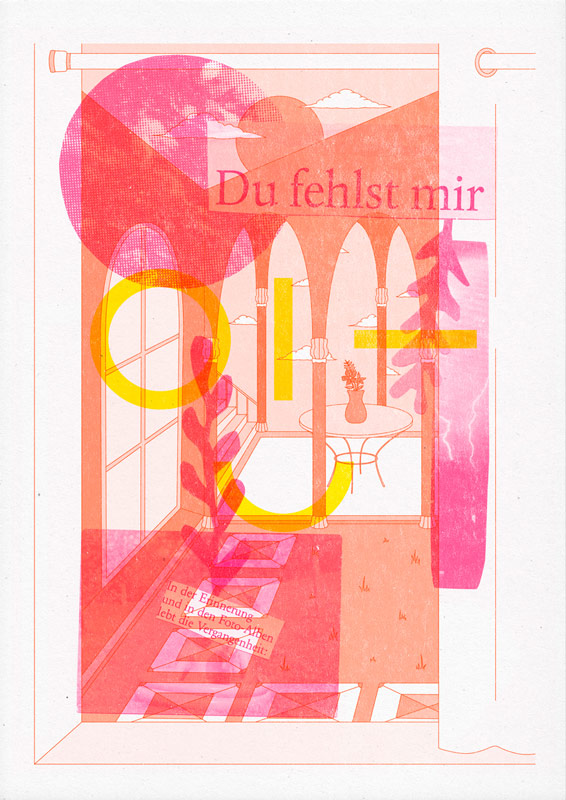 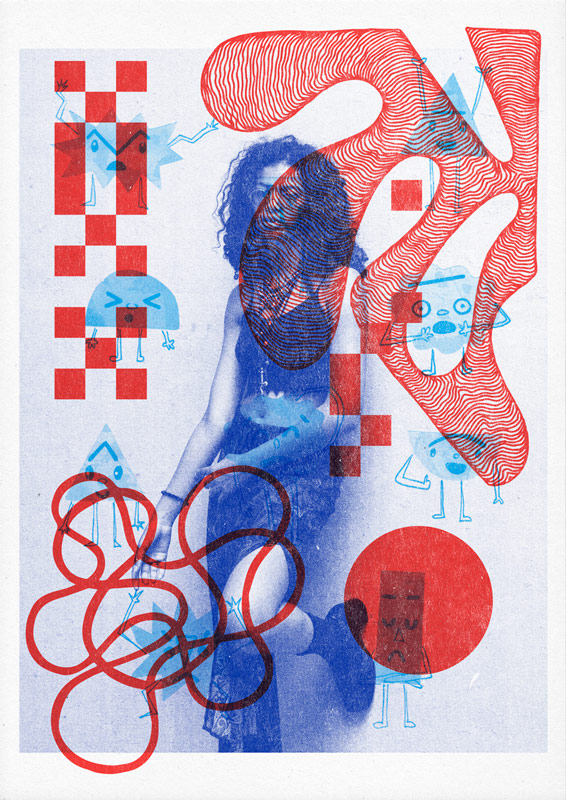 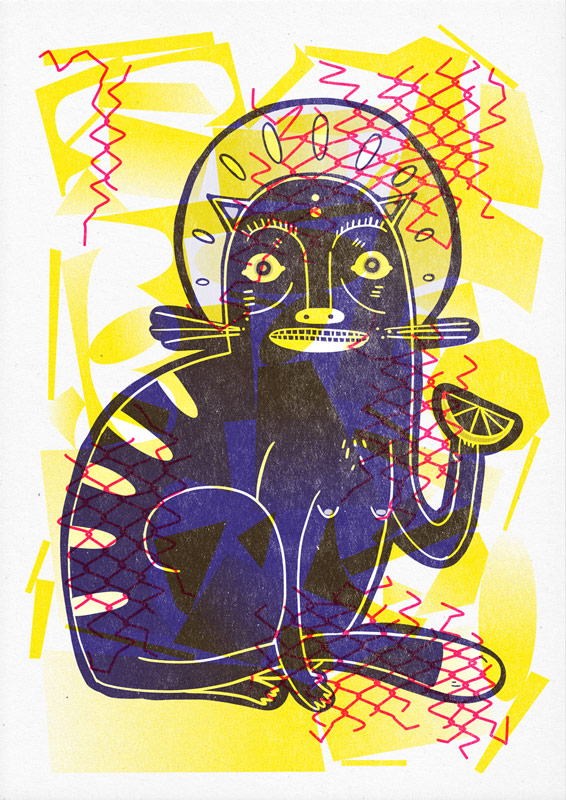 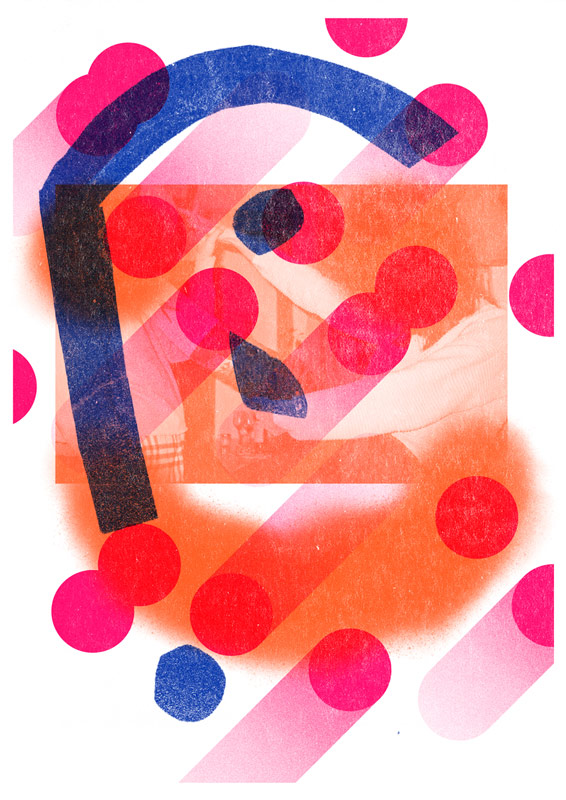 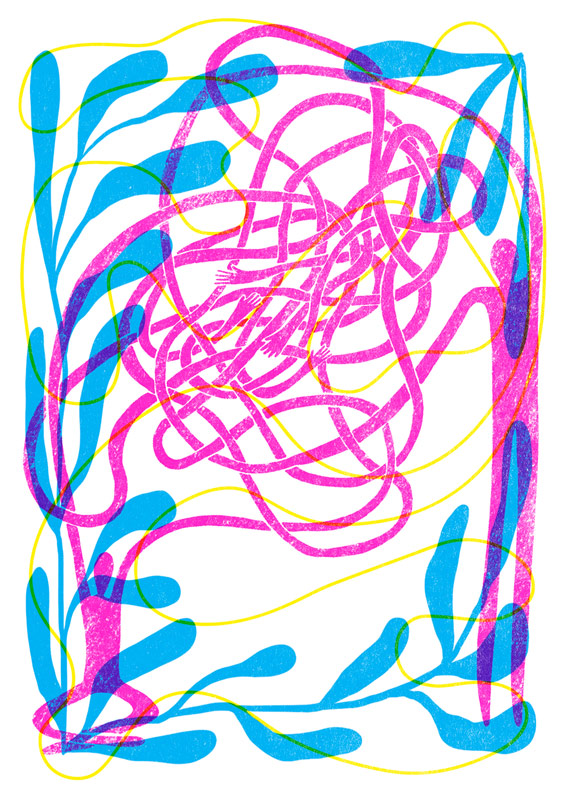 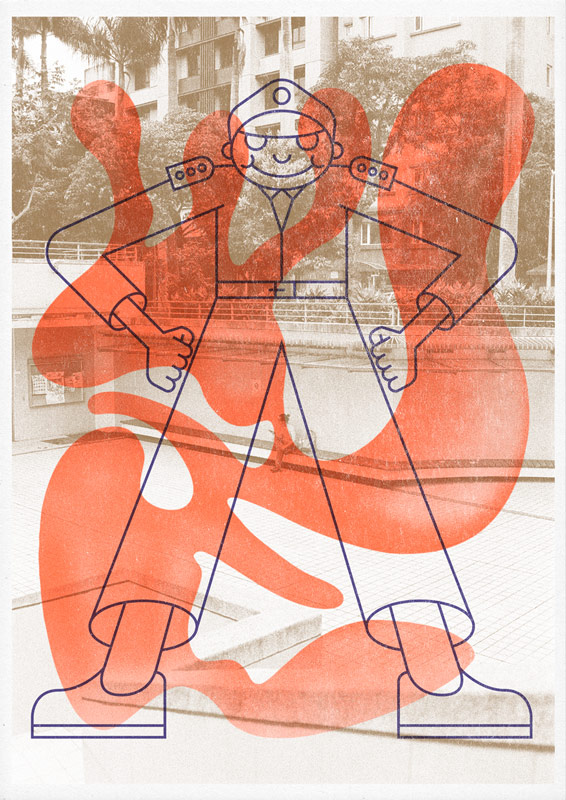 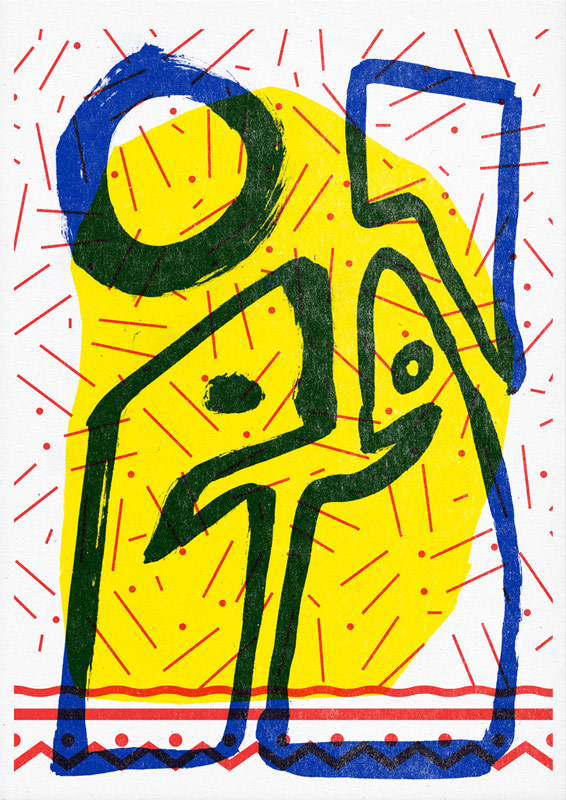 Since they founded the studio in 2017, the duo has a number of projects under its belt, among them the “AYC Summer Zine”, the identity of “Initiative für Nachhaltigkeit und Ethik” and several artworks, posters and logos for concerts, bands and musicians. Their love for music has not only manifested itself in their work, but had also a deep impact on their working ethos. “Both of us have been active in the DIY punk scene for more than a decade having played in bands, booked tours and having met people from all over the world”, the two designers explain, “Especially when it came to the decision to start a studio and work as a freelance designer we could gather everything we’ve learned and rely on these experiences.” Teamwork and close collaboration seem to be at the core of their practice. “Mostly when it comes to bigger projects it’s both of us working on them. There might always be one of us who’s more responsible for the concept or the design but all in all working as a team is what we really like”, they tell us. 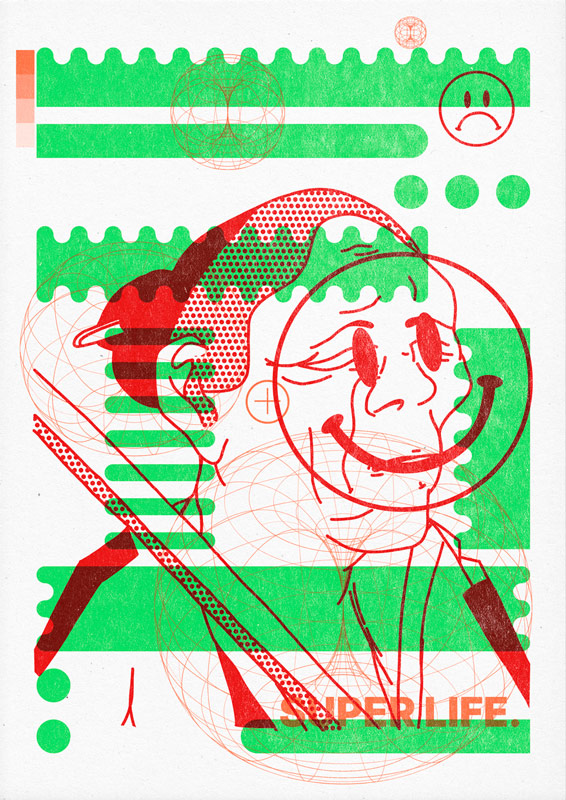 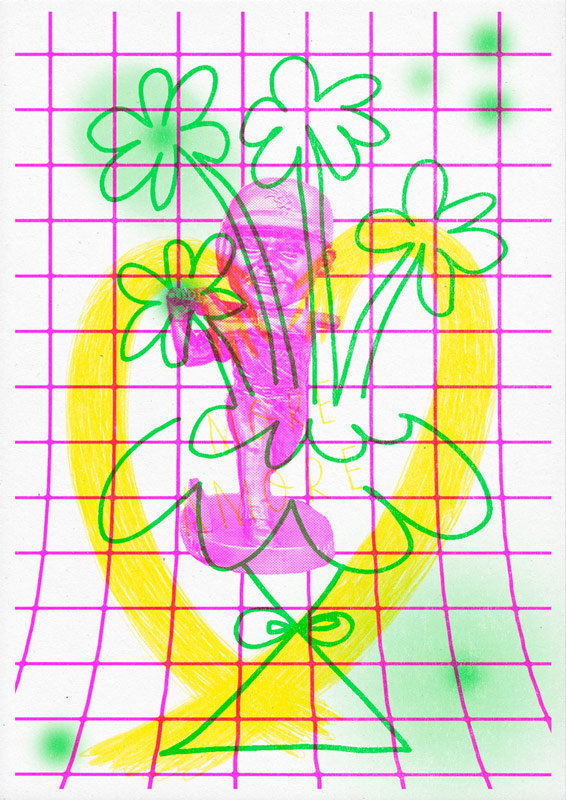 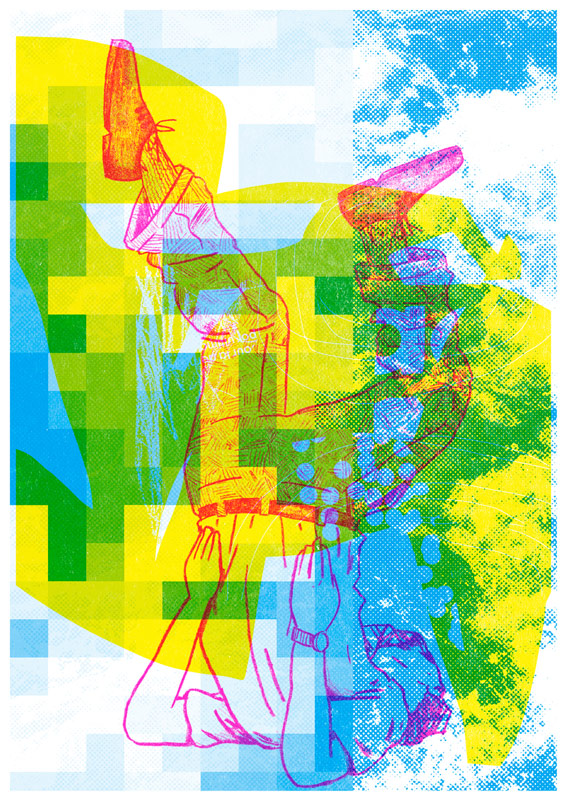 As designers, Hendrik and Julian feel responsible for finding solutions to existing problems and truly understanding them – and not just on a visual level. “This might sound cheesy but even in strange times like these there’s still things that make you happy and satisfied”, they tell C24, “Try to see the good things that might appear and don’t forget those people who are really in struggle – and have been in struggle before corona.” For that reason, Julian and Hendrik decided to give it a go and start the “Stay at Home Print Club” – even if they were faced with a tight timeline. “The biggest challenge was to just start something even if you knew it might not be a 100% well thought out but still worth doing”, the duo explains. Catarina Soares Barbosa, Ana Becher, Jonas Börste, Ty Davis, Mohamad Fawal and Bianca Mocan are just some of the names behind this almost workshop-like project raising money for “Doctors Without Borders” during the crisis. 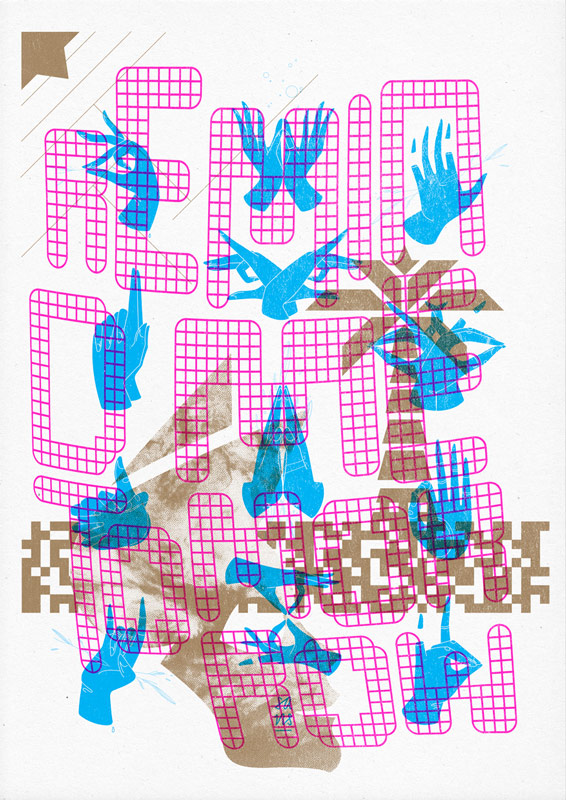 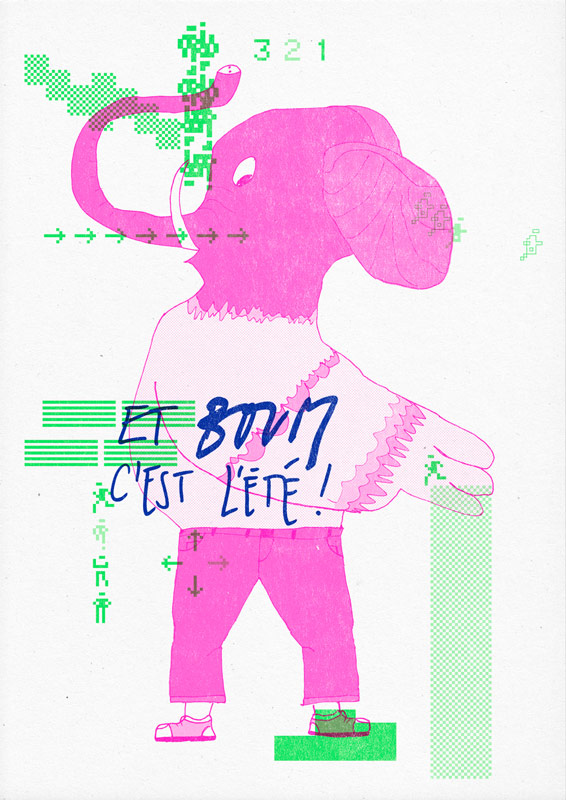 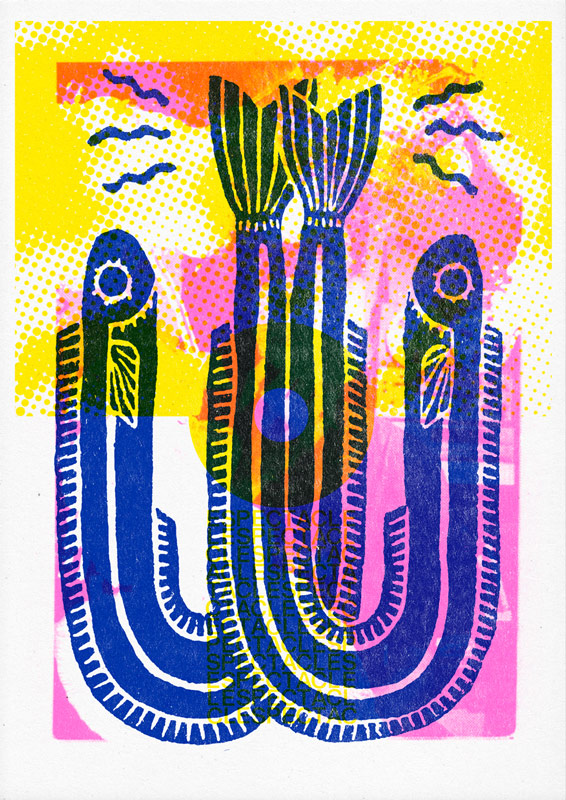 “From the initial idea to the final call it took us three days. We worked on the design together and took care of the online shop, designed a first poster with two good friends so people could see a possible outcome”, the two designers explain. After getting the Mondi paper group on board to support the project, the foundation for the project was laid. “A week later we sat together looking through all 103 submissions starting to combine them digitally. This step has been more difficult than we expected. Sure, we could rely on our nearly riso experience of five years, but as we received so many amazing submissions, choosing between them has been rough. In the end we agreed in printing 14 posters by 42 artists.”

Combining the posters has definitely been one of the biggest challenge the two designers had to face during the process, as not just the final look, but also the origin of the artwork played an important part in the decision. “In our studio we have 12 Riso colors to choose from. We know these colors by heart and in most cases we know how the final print will look like. Still these posters have been a nice surprise for us – we tried not just combining the posters by looking at the drafts, but also by the locations they came from. This way we arranged a nice mixture of artists, countries and artistic styles from photographs to illustrations, typography and patterns”, Julian and Hendrik explain. 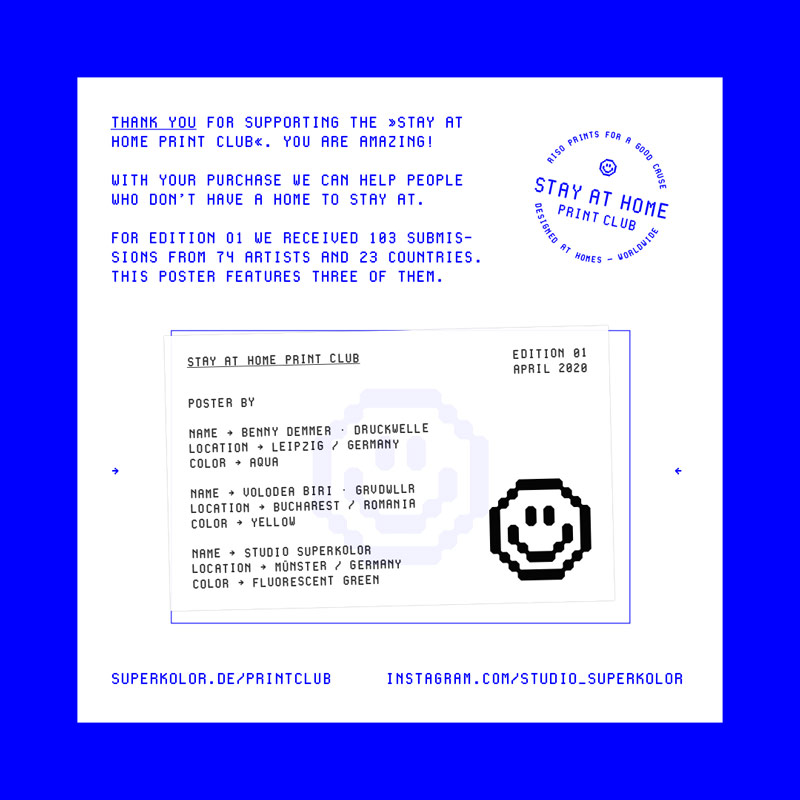 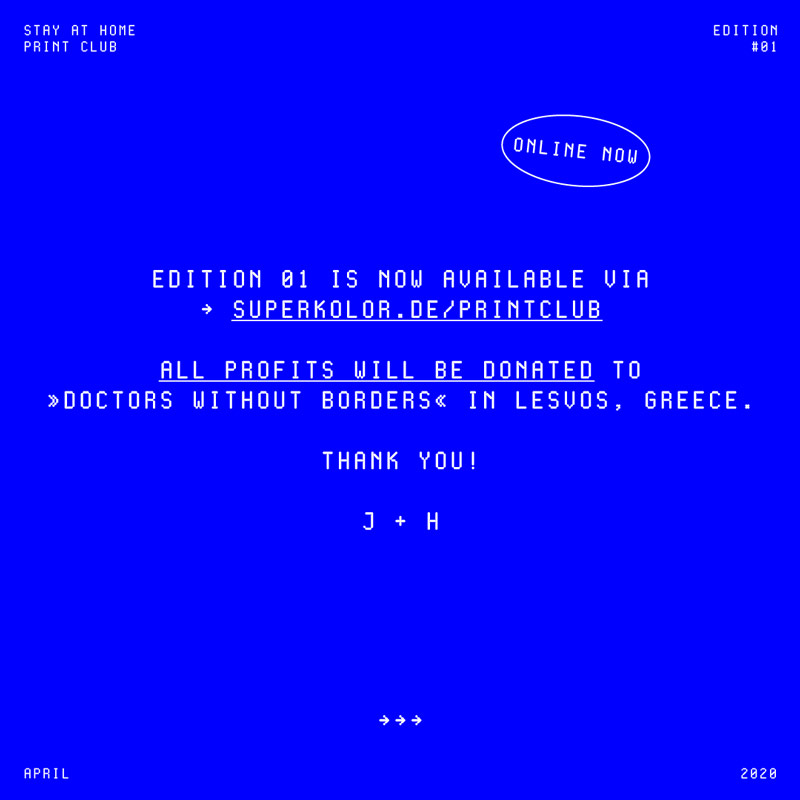 By combining the artworks of artists from different locations, the duo aimed at creating a network and connecting them with each other. Apart from that, the technique of combining and overlapping different designs is grounded in the printing method itself. “Overlapping colors and lovely imperfections lead to exciting new colors and shapes and put all layers into a new context. We always tried to find layouts that overlay as much as possible so new colors could emerge”, the duo   concludes. By choosing bright and powerful colors, the duo aimed at spreading positivity and energy. In such an unprecedented time, maybe initiatives like the “Stay at Home Print Club” are exactly what we need.